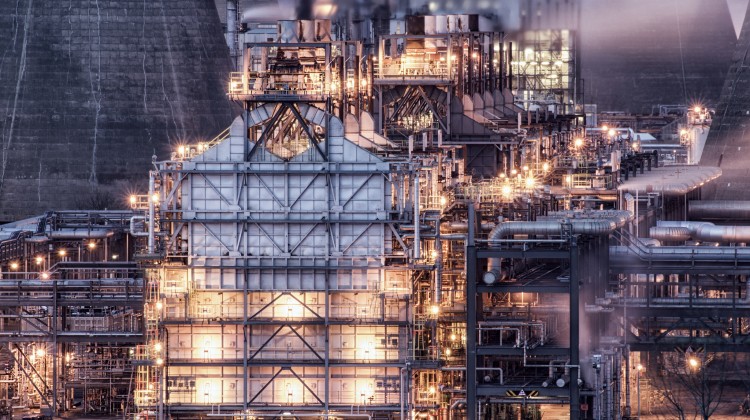 Over the past few years, the amount of earthquake activity has increased dramatically, according to the United States Geological Survey (USGS).

In an article published in Scientific American, Anna Kuchment wrote about the link between injection-well pressure and seismic activity. The journalist stated that the number of earthquakes could be controlled by increasing or decreasing wastewater-injection pressure.

In 1969, Chevron Oil allowed the USGS to use one of its wells to more closely study the effects of fluid pressure on faults. The well was in a seismically active zone of the Rangely oil reservoir in Colorado, and Chevron had been injecting water into the well to stimulate petroleum production. USGS scientists turned the injections on and off and followed the fluid pressure as it migrated through deep rocks. They came up with the exact injection pressure required to trigger quakes. When the pressure exceeded that level, earthquakes rumbled; when the pressure fell below the level, they quieted down.

The experiment proved that human-triggered earthquakes can be controlled by adjusting the wastewater injection pressure. However, this lesson was forgotten in the early 2000s when fossil fuel companies jumped on the shale-gas boom.

According to Bill Ellsworth, a Stanford University geophysicist who began his career at the USGS during the experiment, there have been multiple papers written on injection-induced earthquakes, and they were published in geophysical magazines. Scientists and researchers have been writing on the subject for over 40 years and it is understood by seismologists.

Ellsworth believes there are many doubts that have been expressed by good petroleum engineers surrounding the idea that earthquakes can be caused by injection wells. Many do not believe it is even possible. Either the knowledge of the physical process was lost or not effectively communicated throughout a broad community.

There are some locations, near injection wells, that have showed an increase in seismic activity. This indicates that the activity was created by human interference.

Groundwater contamination, in general, is caused by unlined storage, surface spills, or wells that are not properly cemented. A study at the University of Utah discovered that contamination from fracking began at the surface of the earth. Much of the chemicals released comes from batches of fracking fluid that has not been diluted. This can cause serious health problems if the fracking fluid leaks into the drinking water.

It is unknown how much damage can be caused. Nevertheless, there are regulations that require oil and gas companies to disclose the chemicals used. There is also a plan in place to lower the risk of spills. It is difficult to prove that fracking is the cause of contamination because some of these chemicals occur in the soil naturally.

There are environmental pollutants released from the engines that work the frack wells. It takes a tremendous amount of energy to drill a well, therefore, air pollution is a concern. Engines release carbon monoxide, carbon dioxide, nitrogen oxides, volatile organic compounds, and other pollutants into the air. These pollutants are not regulated by the EPA.

Thirty percent of the methane emissions, in the United States, is caused by the gas and oil industry. Older pipelines leak, and outdated technology allows the gas to be released into the air.

Methane gas is emitted by natural sources and human activity, however, there are natural processes in the soil and in chemical reactions in the air that remove the gas from the atmosphere. However, pound for pound, the impact methane gas has on climate change is 20 times greater than that of carbon dioxide over a 100-year period.

Injection wells are an effective way to dispose of wastewater. Costs are minimal for water treatment and the wastewater can be rid of safely. Now, the oil industry needs to address the issues of environmental concern caused by fracking.

Regulations That Could Make Fracking Safer

Wells must be constructed by design specifications and be placed in areas where seismic activity is uncommon. Wells that have already been constructed near seismic activity have to keep the injection pressure low enough to avoid unnatural activity. Oil producers must also take responsibility for any property damage caused by man-made earthquakes.

This should be the same for air and surface pollution. Fracking must be regulated so that it is ethical and environmentally friendly. There needs to be measure in place to protect workers.

Two engineering measures that can improve environmental and employee safety are spill containment and dust control.

Additionally, the gas and oil companies should repair the roads they damage with their equipment. They should also do what they can to lower methane gas emissions and be good stewards of the environment. There is technology available that can detect leaks. Therefore, there are no excuses that would allow leaks to go unrepaired. Companies in this industry need to replace outdated valve technology that allows dangerous fumes to escape into the atmosphere. There are self-contained ventilation systems available that will prevent leaky valves.

If these processes continue to go unchecked, there will be more spills, environmental catastrophes, and injuries to workers. It would be ethical for companies to take responsibility for their actions.

Some gas and oil companies do act responsibly, but they have been scrutinized in the media. Others have not, and they seem less concerned about ethical behavior and more concerned about their short-term goals. Through solid regulation and accountability, hydraulic fracturing can be safe, ethical, and profitable.