Educational Conditions in Pakistan and Efforts to Promote Literacy Rate 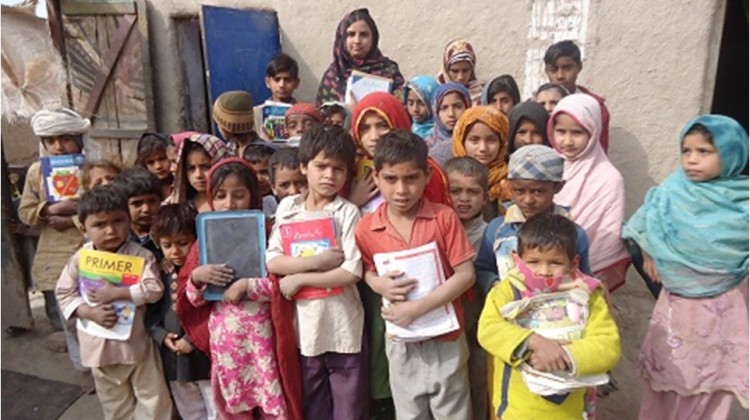 Education is the base of knowledge and key for success so it is essential for everyone to get education for better know how and appropriate knowledge of life and society as without education we can do nothing even for ourselves as education introduces us with our rights and duties and when we understand these we can serve and survive in a better way.

All the developed countries attained the heights of progress only due to education, knowledge and proper implementation of that knowledge for productive purpose as the education guides us in the right direction to achieve the goal and opens door for research, struggle, experiments and ultimately proper utilization of the whole output for productive results.

Our religion Islam and our Holy Prophet, Hazarat Muhammad (PBUH) strongly stressed for education as without education we could not gain knowledge as without knowledge we are blind and cannot make any difference in right and wrong so Muslims have been directed to get knowledge to understand the Holy Book, Quran which guides us in every direction to establish healthy, peace loving, progressive and prosperous society as Islam is a complete charter of life and we attain glory through following its teachings with complete understanding.

It was quite disappointing that the politicians and rulers of the country had never given priority to education in the past which kept the majority of people illiterate as the feudals never liked education of children in their areas for personal interests as these feudals and industrialists were dominating the politics and parliament but during last decade the PTI Chairman, world known cricketer, Imran Khan (MNA), former Punjab Chief Minister, Ch.Pervez Elahi and the current Punjab Chief Minister, Mian Shahbaz sharif took some initiative and highlighted the importance and need of education for progress, prosperity, self reliance and survival and struggling to fulfill their mission of educated society.

Though in Pakistan the concept of education is somehow confusing as most of the people are of the view that education is just to get degree and to earn employment and some time ago there was no concept of getting that kind of education which is suited you or career building and mostly people were more interested in degrees without knowing that it was just wastage of time and resources which created many social ills and increased the ration of unemployment that the educated persons and their families were considering government jobs their right but no government could accommodate every educated person without proper qualities and potential.

It is good that now the concept of education in Pakistan has taken a new turn and the chances of technical, vocational and professional education/training have been increased with the opening of new fields and now people have started to understand that it would be better to get that education which could make them earning hand and they could succeed.

Though education of social sciences is equally important as the Science and Technology but the system of education in Pakistan is still unclear and most of the students preferred to get admissions in those fields too which are completely unsuitable for them and though they completed their education but remain unemployed due to certain reasons and become victims of depression and become burden on parents and society and under these conditions some become tools in the hands of criminals for survival and earning.

It is also astonishing that classification in educational system has also affected the social set-up as the children of elite and rich studies in prestigious educational institutes of the country like Aitcheson College, Lahore, Sadiq Public School, Bahawalpur and so many other ones where students just learn one thing to rule as their right as the family background still dominating in national politics and they avail the chances as their right but not on merit.
The quality of education in the government schools/colleges is being considered not up to the mark while the competition in private sector has badly affected the parents financial conditions and the labels of the private educational institutions have become a matter of status no matter how much the price for the education of the children have to pay and resultantly this race opens door for corruption which too unnoticed due to certain reasons as there is no proper system of check and balance which has badly affected the social set-up but nobody cares.

The Private Schools sector has taking full benefit of parents weakness and charging at will as there is no policy to control such wrong practice and every school system has own syllabus which also confusing the parents and students but unable to do anything in the interest of getting education in the prestigious educational institutes without any security of future.

Moreover a further move of the Punjab government 4 years ago to introduce Daanish School System in the province has also developed controversies to provide best available educational facilities to the children of poor and less privileged class free of cost to curb discrimination in the society of rich and poor as it has been alleged that the syllabus of this school system is somehow controversial and the education and boarding facilities will also affect the family set-up of the students and after sometime they would refuse to own their families as the facilities in these schools would badly effect the approach of these children of the poor families.
The introduction of Daanish School System was highly publicized for political gains but in fact this system would fail to deliver any good for the society.

The literacy rate is still much below according to the need though efforts are underway to curb illiteracy from the society but under the prevailing conditions it is hard to gain 100% enrollment in the educational institutes as the children of remote and far flung areas are still without proper educational facilities either there is no school or no staff and that is a matter of grave concern and at many places classes have been conducted under trees while separate syllabus systems in different provinces of the country have also affected the standards of education and problems for the students though efforts are underway to introduce same syllabus for education in the country to improve the quality of education as well as to promote solidarity in the country.

A good step was taken by the then Punjab Chief Minster, Ch.Pervez Elahi around a decade ago to provide free books and scholarships to the students to improve enrollment in the primary schools side by side to curb child labor practices which somehow produced positive results and now this practice is being running in many parts of the country.

Present government has done a good job by increasing the education budget and trying to further increase the chances for higher education to facilitate maximum students through scholarships and different funds purely on merit to the deserving and talented students as well as steps are being taken to bring the educational standards up to the international level in maximum fields and special steps have also been taken to enhance the skills and performance of the teaching staff for better results.

It is worth mentioning that the Pakistani students have the potential to excel if properly guided in the right direction and can produce dynamic results in every field and surely with the improvement of educational standards in the country, they would be in better position to rule the world.