Dogs responsible for the declining birthrate in the U.S ? 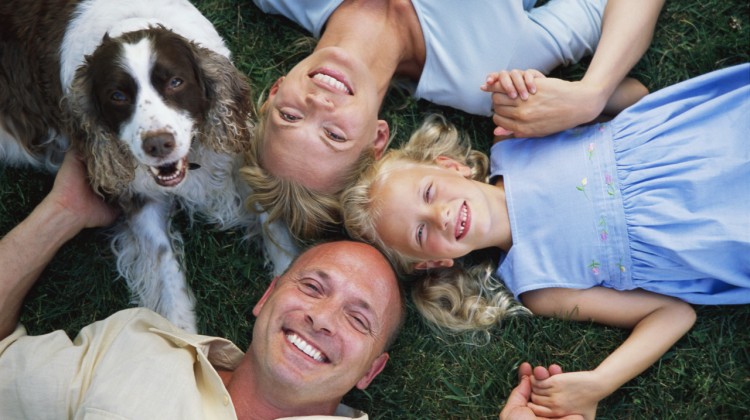 The decision to get a dog or other pet is now motivated by strange choice and have amazing repercussions today.

This decision sometimes might reflect a new trend in our world and especially in the U.S.
Most of all, some say it might be in direct relation with the declining birthrate in the US.

There was a time when choosing to own a dog was decided by a family, either to paint the image of the perfect family, sort of a nice postcard made ​​in America ; The minivan, suburban home , kids and of course the dog.
It was also a decision taken to please the kids , because it must be said , kids love dogs , plus let’s be honest , when they were with the dog , They had peace.
Then there were dog lovers and the elderly who found with this animal a little comfort or they
quenched their solitude.

Last year, it was counted in the USA 95,6 millions of cats, 83,3 millions of dogs.
The biggest population of dogs are in California, Texas and Florida and where there are the smallest, Massachusetts and ontario.

Today the business of pets in the U.S. has reached proportions never seen before .
In 2013, 56 billion dollars according to estimates by some professionals, this year it will approach $ 60 billion .This figure breaks down as follows :
Almost half of this amount ($ 21.57 billion ) goes for food ( increase of 170 % in 15 years ) and the other half goes to veterinary care , over the counter medicines and other supplies.
More surprising in 2013 the business of grooming and sitting has increased by 6 % compared to 2012.
Beside, according to a report by the Directorate of Health in the U.S. the birth rate among American women between 25 and 35 years has dropped 10 % in ten years .
The increase in households with dogs and the declining birthrate are connected?
Why such a frenzy with our four-legged friends ?

The most popular breeds of dogs that we see in our cities, are small dogs (under 20 pounds) and their population has doubled since 1999. They are most popular among women aged between 25 and 35 years and those women are, according to a national survey,showing the greatest disinterest of having children.
More and more households see children as constraints and is having to decide as late as possible or not at all.
The fight for equality between men and women has led the women to be more focused on their career and marries much later.
In addition , we can see that expenses related to animals are constantly increasing and the biggest news is that dog owners treat their companions like little humans .
There are now clubs fitness for dogs, holiday designed exclusively for dogs, ice cream for dogs, all to meet the new family member .
That is what has also changed , now the dog was part of the family and sometimes, it is the family.
Studies show that dogs and their owner develop a link dependence similar to or greater than those that they have with their children.
So what , the dog is the new substitute for couples or people who want to give and receive affection without constraints ? they save time, no noise, no whims, no lies, no complications and not to mention the pregnancy. We live in a world obsessed with the self-image, be thin, healthy.

And what of the executive woman who loses her job if she gets pregnant , pushed out by a younger one who has chosen a chihuahua instead of a toddler.
It is interesting to note the paradox of our society where we have so many virtual friends through social networks , and where loneliness has never been more overwhelming.

Loneliness that drives us to our four-legged friends to fill an emotional void and give us a way to continue to give of affection without asking anything in return.
Interesting these women who once their kids goes to college buy a dog to fill the void and be able to relive motherhood , sort of. that fear of emptiness .
I break up with my partner , boyfriend, girlfriend , I buy a dog, how many times have we heard this ” at least, it will never hurt me .”

Do we have to laugh or despair about our need and necessity of having a human being who depends on us.
Is it beautiful to have so much to give and expecting so much in return or we are just becoming spoiled brats and we want affection and this time, give just a little in return?
Our social network fiends are finally the perfect example of our selfishness; We have them on a screen, we don t have to give anything, if we re not in the mood , we just switch off the computer

Although i have to say i just got t home and i faced of a violent image,I opened my computer, went on Facebook, smile when i saw i had 356 friends. But i turned around and it struck me!! Not a sound, the emptiness, nothing. Am i going to have dinner again by myself again in front of the TV?? where are my Facebook friends ?
Alright, I m going out, to buy a dog….