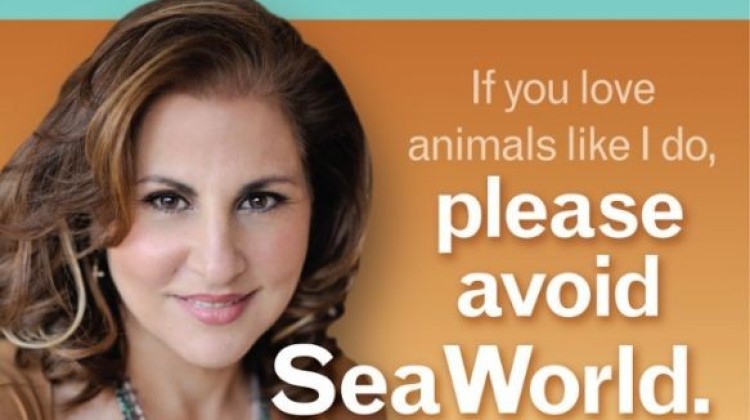 San Diego, California is among the country’s top tourism cities. Along with San Diego’s beautiful beaches, boardwalks and other attractions though lies one of the world’s most popular tourist hot spots- SeaWorld. What is SeaWorld to do though when tourists from all over the world walk through San Diego International Airport and come across an advertisement stating to stay away from the park?

An advertisement sponsored by People for Ethical Treatment of Animals (PETA) is currently displayed in the San Diego International Airport’s baggage claim area for thousands of people to see every day. The ad states “If you love animals like I do, please avoid SeaWorld” which is quoted by actress Kathy Najimy.

The airport actually agreed to display the ad after an animal rights group complained about there being discrimination in certain free speech rights in regards to their ads. Therefore, the airport marketing officials then allowed the showing of this certain anti-SeaWorld ad.

Throughout the past couple of months, SeaWorld has suffered greatly from loss of tourist traffic due to the release of the documentary “Blackfish”. “Blackfish” shows no mercy in revealing certain details of what “really” happens behind the scenes in the park. The documentary showcases how poorly the various orca whales are captured, treated, as well as the affects of how confinement of the animals psychologically causes the animals to behave negatively.

The documentary mainly focuses on how the orcas live and are treated in both the San Diego and the Orlando SeaWorld locations. Taking many large whales out of their habitat and placing them in a minimal fraction of a “home”, a tank, definitely has an affect on the animals and have only led to negative reactions and behaviors. Tilikum, which is a killer whale in SeaWorld Orlando is among those whales that have suffered psychologically due to confinement and apparent mistreatment by the trainers. This whale actually killed numerous trainers through the past decade. In a more recent case, in 2010 a trainer was unfortunately killed by the orca behind the scenes. The accident was not viewed by any of the park’s visitors, though the park was then evacuated following the occurrence. There is also debate in putting down the whale for being so violent, but in the end, who is really there to blame? This sparked the creation of “Blackfish” which is still a big hit on Netflix.

As viewers of all ages watched the documentary, opinions on SeaWorld quickly began to reach the media. It became very well known that society was becoming aware of SeaWorld’s “secret life”. And of course it was only a matter of time that animal rights groups began to protest the parks even more than they might have in the past. Since then, SeaWorld has seen a decrease in traffic, while also receiving much controversy and negative opinions by society to this day.

This ad sponsored by PETA may or may not have an effect on SeaWorld Orlando, but it is very certain that SeaWorld San Diego officials are truly concerned about more decreases in tourist traffic due to the ad placed on the walls of their own airport.