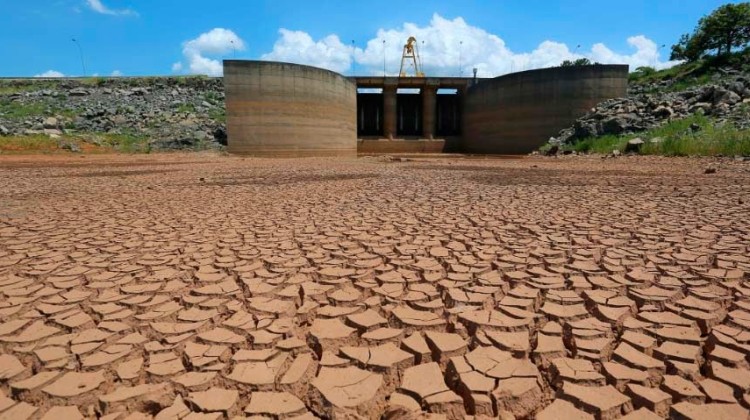 The hottest and driest summer since 1930 is giving São Paulo possibly its worst hydric system crisis in history. Levels in the reservoir system that supplies almost ten million people have fallen to record lows, and the water may be gone soon. Sabesp is a water company in the city. José Roberto Kachel, a former engineer working for the company, said the water in São Paulo is about to end. He said that, “Between October and November, Alto Tietê will be empty”. Alto Tietê is one of five interconnected reservoirs which supply water to 47% of São Paulo, and is at just 22% of its capacity as of July. Alto Tiete doesn’t have “dead water,” normally left at the bottom of reservoirs. The Cantareira system, the biggest in the city, is working at 17% of its capacity. Last year, the volume was 55%. Sabesp estimates Cantareira’s dead water might supply water in São Paulo until October, when starts to rain again, but there are no guarantees. Kachel worked for the water company for 34 years and blamed the government for the current hydric crisis. His call to action, thus far ignored, said,“They refuse to make a rationing. It must be started in March or April”. The governor of São Paulo, Geraldo Alckmin, said there’s no need for rationing. He also argued against a financial penalty for consumers who use too much water. On the other hand, Sabesp blamed the summer for the shortage. The rain rate for December, January and February was below the lowest records in 84 years in São Paulo. They said 73 milliliters of rain fell during the second month of 2014, compared to an historic average of 202.6mm. Alckmin also said something similar. “It is all about the weather. It will rain a lot some years, sometimes less”. That, however, is not necessarily the case. The city has lived through bad times when there has been a lack of rain. “There is a variation in the rainfall since the 30s. If it has happened in the past, it could be happening again. No surprise”, said Maria Assunção Silva Dias, scientific researcher at the University of São Paulo. “The system crisis exposes its own fragility, which operates at a limit”, she argues. Between 2009 and 2013, 30% of rain fell above average. The drought appears natural. The hydric system crisis has made its way into politics as well. The management of the water supply and the maintenance of the equipment involved are being examined more closely. Two government pre-candidates criticized Alckmin over the crisis. Alexandre Padilha, doctor and former Minister of Health, said, “Permanent solutions need four years to be ready. We need pray for rain”. The President of Industries Federation of São Paulo State (FIESP), Paulo Skaf, was more direct with his questions. He simply asked, “Why didn’t they solve the problem sooner?” With the election which will be hold on October 5 looming, there is speculation about how Sabesp, which is 50.3% owned by the state of São Paulo, and the government are working to reduce the water usage. Residents in suburban areas said their water supply is regularly shut down during the night and/or weekends. Reducing the water pressure reduces leaks and overall consumption, consequently fingers are being pointed at Sabesp. The water company denies the accusation. With Alckmin still carrying 54% approval by the population, he might well be re-elected. The estimated runner-up, Skaf, has 16% in the polls. Some have suggested that hitting Alckmin on the water shortage issue may be a way to increase his chances of taking the election, but as yet nobody is talking about it. With the estimated depletion date falling after the election, it may be too late to start talking about it then. By Murillo Moret Sources: EBC