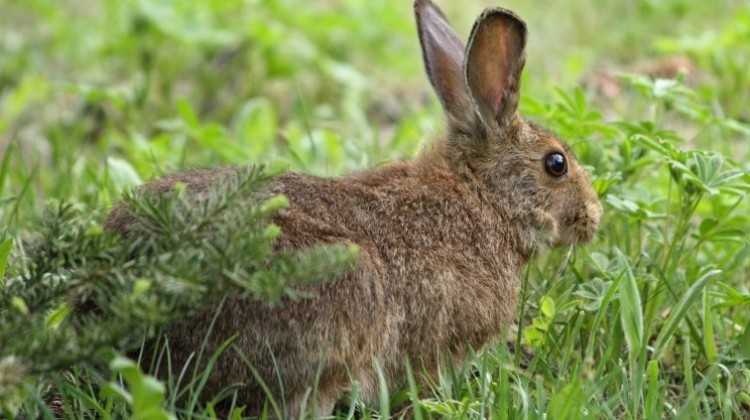 Snowshoe hares, the hares native to mountain ranges in North America, are hares that change color from brown to white as fall changes to winter and back to brown when spring comes around.

As climate change has had an increasingly larger effect on when snow actually begins to fall and the duration for which it stays around, snowshoe hares have been found to have increasingly longer periods of “mismatch”. Mismatch, a term coined by two North Carolina State University professors, is when the snowshoe hare is the opposite color of its surroundings. In other words, when it’s brown during snowy weather or white when there isn’t any snow around. Mismatch is extremely dangerous for snowshoe hares since it effectively makes them stick out like a sore thumb.

In this state, they can easily fall prey to the vast predators that hunt them, such as lynxes, since they’re much easier to track when they’re not blending in with the surroundings.

As the years go on, some think that climate change will only worsen, which could end up making a snowshoe hare’s mismatch time even worse. Right now they aren’t at serious risk to become endangered due to how fast they multiply, but that could change in the future if mismatch periods continue to grow as many think they will.

However, all is not lost. Their high rate of reproduction has other benefits besides keeping them from going extinct. Having so many generations of hares go by so quickly allows for the potential of evolution in the hare should it prove possible.

The problem is, evolution isn’t as simple as some may think. You can’t just throw something into a different habitat and assume it will evolve over time to deal with it. The species has to have the genetic capability from the start to do so, and there has to be a reason for it to happen.

In the case of snowshoe hares, there has to be some snowshoe hares that have shorter periods of mismatch because their color change occurs close to when the weather changes even with it being affected by climate change. Then that has to be something that can be passed down to offspring, in other words, it has to be genetic. Lastly, it has to be shown that being mismatched is as dangerous as advertised. The mismatched hares have to be eaten at a larger rate than the ones that aren’t mismatched.

Only time will tell if this will truly happen. Until then, the snowshoe hare will become just another animal being negatively impacted by climate change. Whether you believe climate change is being caused by humans or not, the potential ramifications of it occurring should be concerning for everyone.