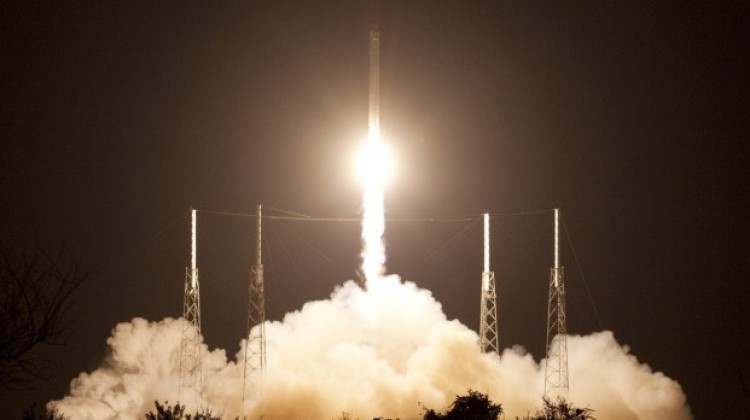 On August 22nd SpaceX launched its latest rocket, a new version of the F9R test vehicle. This three engined rocket self destructed in less than 20 seconds after the launch, with no injuries.

According to a statement from SpaceX these kinds of failures are not necessarily detrimental. They stated that with projects of this type, focused on research, identifying issues and anomalies is the goal and not a problem.

The F9R itself is the successor to the “Grasshopper.” Both these rockets had landing gear, setting them apart from their previous space companions. Before this point, rockets had been designed to shed certain parts of their hulls. This new design allows the rockets to launch and return in one piece. The result of this is that the rockets become reusable.

According to the International Business Times resusability of rockets is an investment into our futures.

“SpaceX plans to develop a reusable rocket capable of facilitating a roundtrip to the moon and, ultimately, to Mars. In late July, company president and chief operating officer Gwynne Shotwell stated that her goal was that SpaceX will become the ‘most widely used space transport company in the — let’s call it the solar system’ by 2100.”

To individuals who are unfamiliar with the particulars of space travel, the idea of not only going to Mars, but also being able to return is limited to the Science Fiction channel. However, SpaceX is not the only company aiming to colonize the Red Planet.

The Dutch company, Mars One, is currently accepting applicants who would like to spend their lives on a martian settlement. Crews will leave every two years beginning in 2024 and stay on Mars indefinitely. Crew members will live in a compound of passageways and rooms that are built to be spacious and comfortable according to the websites description of the living conditions. “It will not take the astronauts a long time to find routine in their new life, moving into carrying out valuable construction works and research.”

According to their website, SpaceX is “the only private company ever to return a spacecraft from low-Earth orbit” as well as exchange cargo with ISS and return to earth, giving it an advantage over the three other companies (Boeing, Sierra Nevada Corp, and Blue Origin) who are currently competing with SpaceX to develop and produce private rockets that will be used to transport crew to low-Earth orbit.

SpaceX itself has “nearly 50 launches on its manifest” and is currently working on designing what will be according to them, the “world’s most powerful rocket.”

Colonization of Mars, however, is not the only reason space craft design is taking the reusable approach.

According to SpaceX one of their Falcon 9 rockets costs roughly $54 million to make. Reusable rockets would save a lot of money by limiting space travel costs. The F9R is built with landing gear which allows it to come back down to earth the same way it went up instead of losing bits and pieces on the way. This allows the rockets to be used multiple times and would cuts costs significantly. This would offer the private companies a competitive edge when looking to obtain contracts from NASA or the US Government.