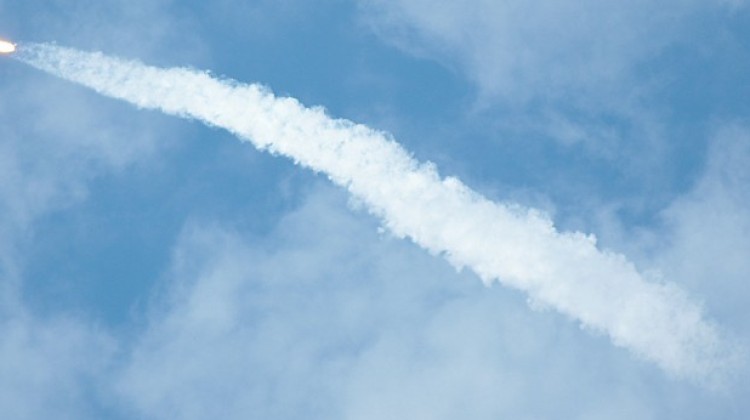 On July 14, SpaceX launched several satellites into space using the Falcon 9 rocket. Touted as reusable, this rocket has been the subject of a lot of speculation. Both anticipation and skepticism has been generated as the world has waited for a successful test of the technology. The footage, recently released, of the July test was the first to show a successful soft splashdown. The rocket landed vertically, instead of horizontally as intended, but the company is still considering the test a success. The first two tests had mixed results, as weather and other factors presented difficulties which prevented the rocket from performing as intended. This test, however, has SpaceX optimistic. They say that this latest mission has provided them with invaluable data to help them progress toward a reusable rocket seeing regular use as a reality. The Falcon 9 is a two-stage rocket. It has been used to deliver cargo to the International Space Station as part of a deal made with NASA, as well as to launch satellites into space. The company has become very successful by presenting a working model for the privatization of the space flight industry.

SpaceX is a private company specializing in flight technologies and outer space. Their founder, and CEO, Elon Musk, has stated that he believes that the reusable rocket technology could actually help to cut the cost of missions to space by a factor of possibly up to 100. This latest mission saw the private space agency delivering six commercial satellites into space before progressing on to the flyback test. Representatives state that this test has proven the ability of the rocket to complete all of the required phases to be able to touch down with near-zero velocity. This includes re-entering the atmosphere beginning at  hypersonic speeds, then re-starting the engines two times and deploying the legs for landing. The company has big plans for this technology, once perfected. Musk has stated that he believes that the prohibitive cost which has kept missions to Mars at a distance will no longer stand in way in the near future. He envisions missions to visit, and even colonize the Red Planet as a viable possibility.

This California-based company has built a following among those who want to believe in the ability to bridge the gap between science fiction and reality. While the technology is not advancing as quickly as the imaginations of those who are longing to make the leap, this successful test of the Falcon 9 rocket shows a significant step toward the goal of reusable rockets. If projections from SpaceX about the financial savings associated with their use are on target, the possibility of that money being spent to advance the timetable on some of the missions which have been out of reach will become much more of a possibility. Projections from Musk that the first people making trips to Mars could happen in the next 10-15 years have stirred the interest of many, whether a truly realistic estimation or not. As has always been the case when it comes to outer space, it is the  possibility which drives the process, and the rest is details. With this successful test, SpaceX continues to present the public with the possibility, and that is half of their battle.