September 9, 2014 by Shannon Malone No Comments 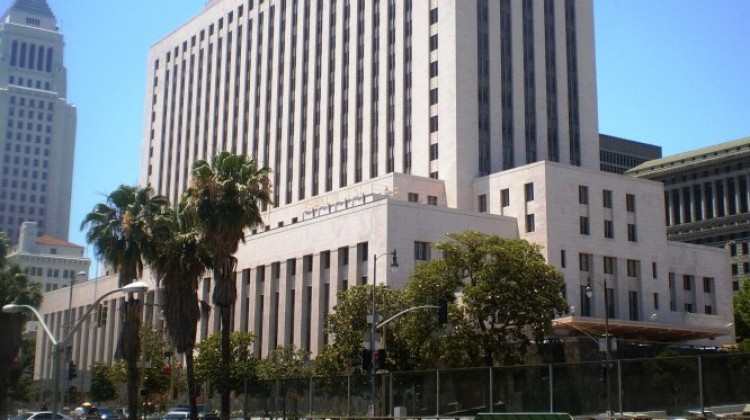 Sex is good, sex is fun, sex is entertaining. But unfortunately for this generation, sex can carry with it heavy consequences. HIV is a reality our society has been living with for more than 30 years. And while major medical developments have loosened the death sentence previously attached to the virus, they haven’t managed to erase it.

No one is more familiar with the risks of having unprotected sex than those who work in the adult entertainment industry. Unfortunately for that community, a recent scare has brought all production to a halt.

After another member of the LA porn community came out with a positive HIV diagnosis, Diane Duke, a representative from the Free Speech Coalition, announced that a positive result had been returned at on one of their testing facilities. The results of the confirmation tests have not returned yet, but she indicated that the intention was to take all necessary precautions for the protection of the performers and to identify any possible threats to the pool of working performers. She said that they thought it important to be over-cautious rather than take unnecessary risks with the health and well-being of the performers.

She added, “We want to make sure all performers are protected. The performers’ health and safety is the most important thing.”

The non-profit trade association was founded in 1991, and aims to lead, protect and support the growth and well being of the adult entertainment community, according to its website. While its moratoriums are voluntary, the industry generally complies with the coalition’s requests.

Duke asserted that the industry will move forward by performing additional tests, and by creating a timeline to identify any first-generation partners. This will make three suspensions of filming over the course of the past year because of concerns around HIV.

This most recent moratorium comes just two weeks after a hotly debated bill failed to pass a Senate committee. Assembly Bill 1576 would have expanded workplace protections for all adult film actors during production shoots by requiring them to use condoms when filming within California. The bill, penned by Assemblyman Isadore Hall, D-Compton, would have also supported the state’s Occupational Safety and Health Act’s safety standards.

The foundation both introduced and supported Measure B, which passed back in November 2012 requires condoms be used in all adult filming. According to the law, studios that violate this premise and do not apply for permits could face civil fines and criminal charges. Penalties remain scarce, however, as Measure B has not been enforced.

The Foundation called this most recent incident a “tragic” repeat of last year.