Ebola is Here and We’re Told not to Worry 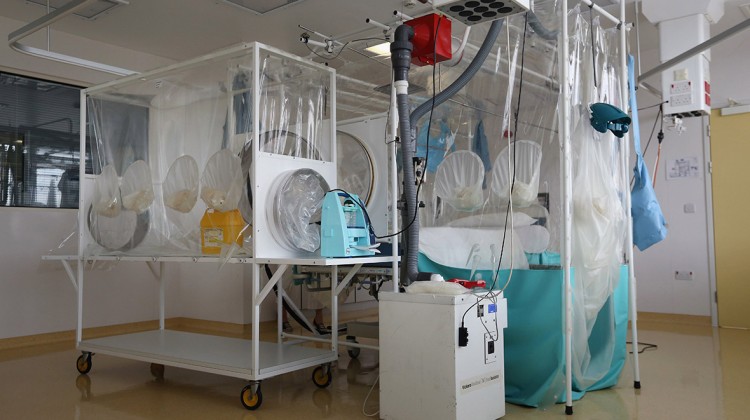 This story might have been written in the first chapter of Stephen King’s ‘The Stand.’ Ebola is here in the United States, and we’re told not to worry. I’ve heard this somewhere before.

If you trust the CDC and our medical community, you might believe that you and your family are in no danger of being affected by the Ebola virus. I am a ‘doubting Thomas’ and will never accept the word of authorities until they prove that their statements are factual.

From the common cold to AIDS, medical science is at a loss to find cures for our most deadly and incapacitating diseases. A cold can lead to other serious problems, but AIDS, Ebola, Cancer, and Diabetes can be deadly. If you see the ads about drugs that are approved by the FDA, and listen carefully to their side effects, you are compelled to question every aspect of the health care community.

“I have no doubt that we’ll stop this in its tracks in the U.S.,” Tom Frieden, director of the Centers for Disease Control and Prevention, told a news conference Tuesday.

“The bottom line here is that I have no doubt that we will control this importation, or this case, of Ebola so that it does not spread widely in this country,” Frieden added.

Are we to trust doctors and scientists who routinely misdiagnose life threatening diseases and medical conditions? Is our nation in denial about the threat of Ebola existing as a more life-threatening problem for our citizens than ISIS?

The U.S. has only four hospitals which have the ability to fully isolate victims of Ebola. But the CDC insists that any American hospital can contain the virus.

I chastise fear as a motive to create public sentiment and action. Reality is not fear. Terrorists who lack the ability to directly inflict catastrophe within the U.S. cannot be feared. Disease which can be spread through any bodily fluid scares the living the living s**t out of me. And it’s here.

A patient at a Dallas, Texas hospital has been diagnosed as positive for the Ebola virus. He arrived on a flight from Liberia on September 20th. Although the doctors and nurses wear protective gear when treating patients, the passengers on the airplane had no such apparel. However, the CDC made a statement that none of them could be infected. Really?

Today, October 1, 2014 Tom Frieden, the director of the CDC says ‘it’s not impossible’ others could be infected.

“I have no doubt that we’ll stop this in its tracks in the U.S.,” Tom Frieden, director of the Centers for Disease Control and Prevention, told a news conference Tuesday.

“The bottom line here is that I have no doubt that we will control this importation, or this case, of Ebola so that it does not spread widely in this country,” Frieden added.

‘Not spread widely’ doesn’t make me more confident. MERS and the Bird Flu were frightening; Ebola is terrifying. The patient is in the Texas Health Presbyterian Hospital and remains in isolation. His symptoms began four days after arriving in the United States. Frieden claims that the virus is not contagious until symptoms begin, and then can only be spread through bodily fluids.

Hospitals throughout the country have been preparing for the possibility of Ebola cases arriving in the United States.

If I could, I would ask Frieden one question; ‘how can you be absolutely sure that Ebola cannot be spread in an extremely close and closed environment such as the cabin of an airplane? If you are positive, and you know that much about it, why can’t you stop it?’