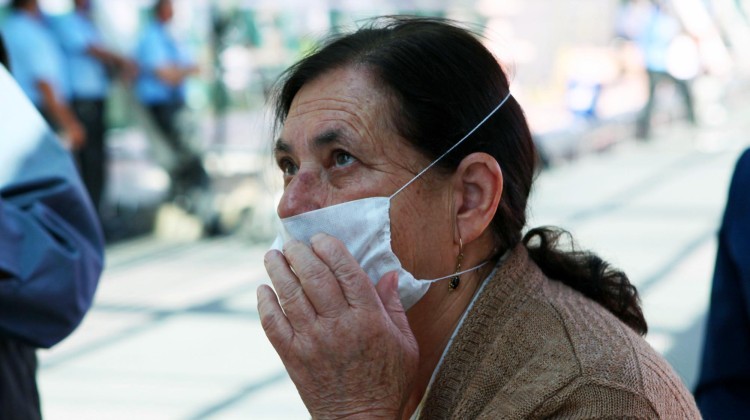 Doctors and CDC health officials recommend that everyone receive a flu shot for the 2014/2015 season. Not all nurses agree. The controversy has never been a main topic of discussion in the media, although most health care workers agree that the very young and elderly should take the precaution. The CDC has forecasted the upcoming flu season to be especially vicious.

According to the CDC the flu season has already reached epidemic proportions. As of December 20th 15 children and teenagers have died from the flu virus which surpasses the previous year at the same date.

A seventeen-year-old from Minnesota whose health had been exemplary, contracted flu symptoms in the beginning of December. One week later the young woman died. When her body was examined it was determined that she had type ‘A’ flu, and that her liver had failed.

Although the vaccine is recommended by most health care officials, they admit that its maximum effectiveness is only 61 percent, affecting three or four strains. In the case of the seventeen-year-old, medical science cannot confirm that if she had the inoculation she would have survived.

Reasons for the negative forecast for the current flu season are based on the flu strain present in the 2014/2015 season. H3N2 has been unresponsive to the present vaccine which is in sufficient quantity for the season. This particular strain of influenza mutated as the vaccine was being manufactured. The ability of this strain to change rapidly is the primary reason for the predictions from the CDC.

Statistics reveal that only 40 percent of those recommended to receive the vaccination have been inoculated.

The question remains; ‘should you get the influenza vaccine?’ There are issues to consider. The 2012/2013 season revealed that the vaccine was only effective for 56 percent of all age groups. The most reputable scientific agencies report that the efficiency of inoculations for the flu is questionable. When the vaccine developed matches a small percentage of the year’s particular strain, it is virtually a non-factor.

Flu vaccines can be damaging to some who receive the inoculation. Although side effects such as death are rare, the resulting effects can be devastating.

Only about 20 percent of reported flu cases are truly the strain of influenza which receive the alerts from the CDC. If an individual is infected with the flu, it can result in pneumonia, which is very treatable with current medications.

Should you be inoculated with the influenza vaccine? Review the components of the vaccine; consider your personal health including diet and exercise regimen; and if you decide not to be vaccinated take the necessary daily precautions. First, wash your hands frequently with warm water and soap. Secondly, avoid touching your hands to your face, mouth, and eyes. And lastly, if your employment involves contact with multiple other men and women, if an individual appears symptomatic of the flu or even a common cold, avoid close proximity whenever possible.

Finally, for the consideration of others; if you suspect that you have been infected with any type of flu virus, stay home, consult your physician, and care for your symptoms.