Eyes on the Sky: The Quadrantid Meteor Shower 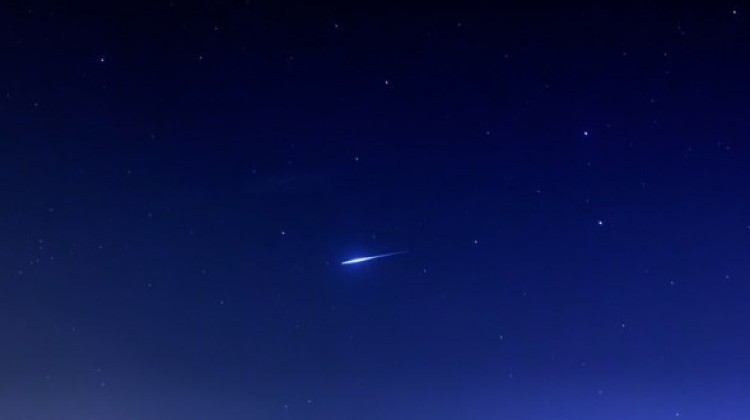 The earth rings in the new year with the help of the annual Quadrantid meteor shower lasting from January 3 – January 4, 2015. In rural areas in the northern hemisphere, stargazers can expect to see up to 80 shooting stars per hour in the dazzling light show. However, predictions say that the moonlight could wash out most of the shooting stars, making the sky too bright to see the show in all its glory.

Scientists tell stargazers to keep away from big cities in order to view the shower as the light pollution can make it more difficult to see the falling stars. NASA reports that those viewing the meteor shower may be able to see its fireballs which produce bright explosions that last longer than the meteors themselves. These explosions have been known to produce a brightness magnitude of -3 according to NASA.

The best time to view the meteor shower is 9 pm EST, however the characteristics of a Quadrantid meteor shower allow for it to persist for a longer period of time than typical meteor showers. These types of showers consist of larger particles that allow for the show to last longer as they involve more explosions and colorful displays. While 9 pm EST may be the most optimal viewing time for stargazers, those seeking to make a wish on a falling star will be able to do so all through the night. The stars are best viewed in complete darkness while on one’s back, allowing for the naked eye to adjust to the night sky for 20-30 minutes.

The Quadrantids are named for their high point peaking in the part of the sky that used to be a part of the constellation Quadrans Muralis, situated near the Big Dipper. The shower will last all night long, but during its peak, a period of only a few hours, is when the most meteors can be viewed by onlookers.

If you happen to miss the Quadrantid shower this year, fret not, for the shower returns every New Year and the show is just as mesmerizing each time. However, you can track many other astrological phenomenon throughout the year by visiting Earth Sky’s webpage. Here you can view all of the dates of upcoming meteor showers. The next shower is set to occur in April from the 21 – 22. Not nearly as active as the Quadrantids, the Lyrid meteor showers only produce around 20 meteors per hour. However, the Lyrids have been known to have uncommon surges of meteors causing the count to raise up to 100 meteors per hour. More information about astrological events in 2015 can be found at SeaSky’s webpage, listing everything from planetary activity to meteor showers to full moons and more.

Start your New Year off right with a truly gorgeous display in the night sky tonight and tomorrow morning. You won’t want to miss your chance to make all your New Year wishes come true on each falling star you see!