How an Organic Lifestyle Can Save the Population 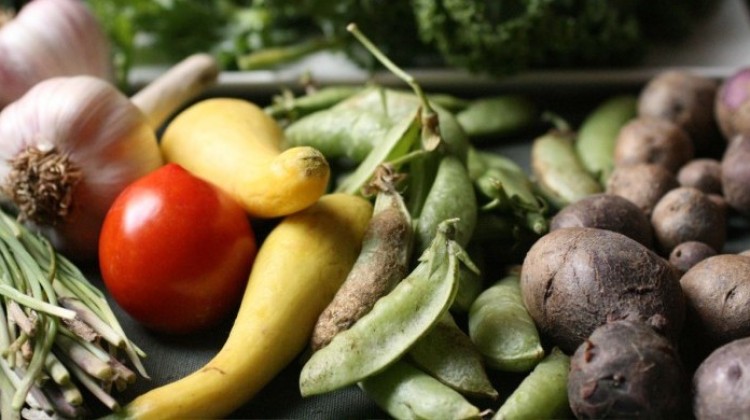 Recent studies reveal that an increase in infertility in men may be linked to changing social and economic conditions rather than genetics. In particular, the studies indicate a concern growing towards endocrine-disrupting chemicals and their possible involvement in causing this increase. Concerns grow especially in parts of East Asia where testicular cancer, congenital malformations of the male reproductive tract, and insufficient sperm quality are on the rise. Many scientists believe that this increase could contribute to a population decrease in certain parts of the world where the issue has reached epidemic proportions.

In the United States, and especially in parts of Western Europe, the decline in fertility among men grows as well with over 8,000 new cases of testicular cancer reported in 2014 alone. While studies suggest otherwise, the American Cancer Society maintains that testicular cancer is uncommon stating, “A man’s lifetime chance of developing testicular cancer is 1 in 270.”

But if studies are correct in saying endocrine-disrupting chemicals may be responsible, then we may expect an even greater increase in male infertility in coming years. Endocrine-disrupting chemicals affect both humans and wildlife and may affect the body’s endocrine system leading to adverse developmental, reproductive, neurological and immune effects. The National Institute for Environmental Health Sciences (NIEHS) claims that these chemicals have not been proven to directly cause these effects, however global population analysts suggest that the abundance of these materials in everyday products may be responsible for the increase in male infertility.

Endocrine-disrupting chemicals are commonplace and appear in many everyday items such as plastic bottles, metal food cans, detergents, toys, pharmaceuticals, food, cosmetics, pesticides, and more. The NIEHS supports studies to discover a possible link between these chemicals and incidents of testicular cancer, endometriosis, and other types of cancers in humans. Present studies identify prenatal and early postnatal development as the highest risk for negative effects relating to endocrine-disrupting chemicals.

Unfortunately the avoidance of these materials is highly difficult, especially since many industries rely on endocrine-disrupting chemicals for their products. Chemicals such as BPAs, dioxins, altrazine and many others are present in the production of things such as canned food, plastic, and dairy products. Due to this fact, much of the United States food supply is considered to be contaminated with endocrine-disrupting chemicals. The only way to avoid these chemicals is to educate yourself about the companies which use these materials in their products and to lead a healthier, more organic lifestyle. However, as the study suggests, changing economic conditions can deter those at risk from leading a healthier lifestyle as the shift to a completely organic life is an expensive one with organic foods and materials costing nearly 30 per cent more than conventionally mass-produced foods.

The increase in cancers in both men and women over the years has led to much speculation over the day-to-day lifestyle choices made worldwide. With the New Year in full swing, now is the time more than ever to make healthier decisions and radical changes to our diets and product consumption habits. More information about how to avoid endocrine-disrupting chemicals can be found on the Environmental Working Group’s webpage. There is a full list of chemicals as well as strategies on how to avoid them in your quest to join the organic movement.