Mt. Vesuvius Did not Destroy Everything 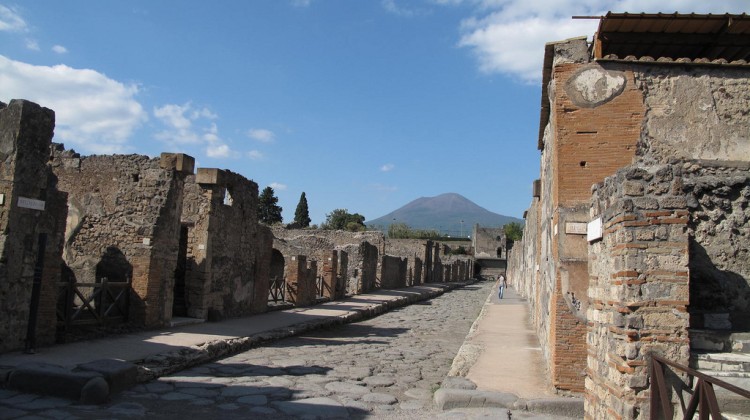 Mt. Vesuvius Did not Destroy Everything

Mt. Vesuvius erupted in 79 A.D. and destroyed Pompeii and its neighbor Herculaneum. A villa in Herculaneum contained hundreds of scrolls. They were made of papyrus. Although they were carbonized on the outside, the writing remained intact on the inside. Until recently, there was no way to translate the scrolls. Now these documents are revealing their secrets.

Archeologists were able to read some of the scrolls, but unrolling them often destroyed the ancient documents; the process was halted. A new technique using X-ray technology which produces a three dimensional view of the scrolls has allowed scientists to explore the contents without further damaging them.

While performing their tests, they also discovered that some of the ink was not absorbed by the papyrus, and remained on the surface, making the documents easier to read.

Although it will be a long time before the scrolls reveal their treasures, and some may prove to be an impossibility, one has been partially deciphered. Researchers believe it is the work of Philodemus who was an Epicurean philosopher and poet.

The villa where the charred scrolls were discovered is believed to have been the home of Julius Caesar’s father-in-law. Scientists are hopeful that other Epicurean texts will be of the same historical importance. To find original documents from centuries ago would be satisfying to Archeologists and historians alike. Many translations from documents near that time in history are believed not to contain the original verbiage.

Vesuvius is located in the Gulf of Naples. Its location is just over five-and-one-half miles from the city of Naples itself. After its violent eruption in 79 A.D. it has erupted many more times. It is the only volcano to erupt in Europe within the last 100 years.

It remains a great threat to three million people who live in close proximity to Vesuvius.