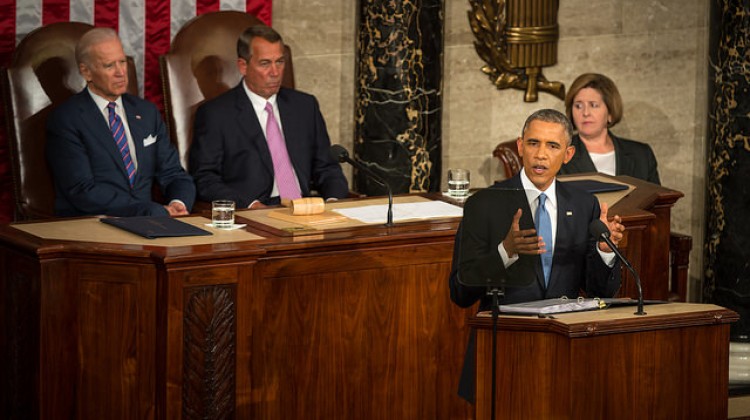 Tuesday night President Obama covered many issues as he spoke to Congress and the nation. He referred to something he called ‘precision medicine.’ It is likely that few understood what he was referring to, and many barely heard the reference. The concept is not new; it is widely accepted as ‘personalized medicine; and it is coming.

Most diseases; cancer, diabetes, cystic fibrosis, chronic heart problems, Alzheimer’s, dementia, and many others; have been treated in similar fashion. Numerous treatments and medications are prescribed with the hope that a singular form of care will rise above the others and alleviate the problem. Personalized medicine is patient specific. After testing is finished and the results are analyzed, a treatment program is designed to attack the root cause of the disease and how it infected the individual patient.

The medical community, including doctors, hospitals, and other medical treatment facilities were thrilled that the President spoke about this form of treatment.

The President touted personalized medicine and challenged scientists, researchers, and the medical profession, to institute immediate research and its eventual practice throughout the nation. He referred to the triumph of our nation’s medical industry over polio, and our success in the ‘human genome project’ which mapped approximately 20,500 genes.

Understanding each individual’s genetic structure will assist doctors in their treatment plan. Each treatment plan will include medical care and psychiatric treatment; a more ‘holistic’ approach.

Today’s treatment policies are expensive and lengthy. They frequently cause painful side effects. Patients endure while doctors rate the effectiveness of each treatment.

Personalized medical care will eliminate most or all of previous treatment complaints. Testing and treatment will be patient specific.

Doctors who have proposed and even practiced personalized medicine within controlled environments are delighted.

Extended research remains necessary. It will be managed by the National Institute of Health, and will need additional funding by the federal government. The money spent on research will eventually save billions of dollars in medical costs. Patients will save thousands of dollars. They will spend less time in medical care facilities and less money on prescriptions. In addition, the prognosis for a more rapid recovery is promising.
By James Turnage