Positioning Our Freedom to Speak 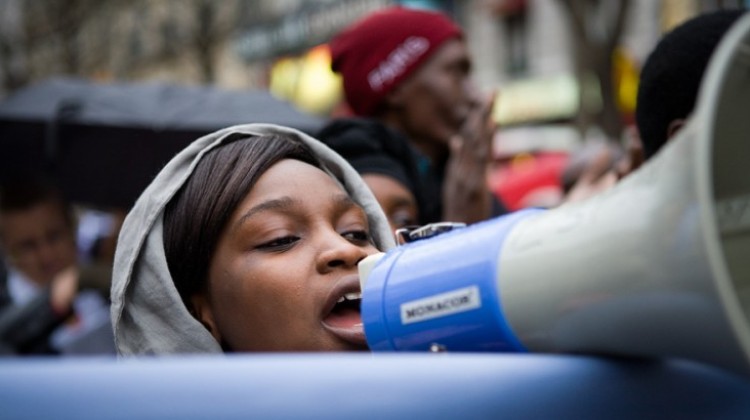 In light of the recent events around the nation concerning justice and equality, it seems appropriate to explore what our nation would look like today without the freedoms of speech and assembly built into the U.S. Constitution. Social media has pushed the American public toward taking these freedoms for granted; however, it is undeniable that these freedoms have brought about great social change. It is almost difficult to imagine a nation such as the U.S. without these freedoms, as freedom and democracy are part of the foundation of the country. To gain an understanding of what we could have faced, we can look toward other nations, such as North Korea, whose dictator-like structures restrict what most Americans feel are basic rights.

A democratic state is nearly impossible without the freedom to express oneself. America most certainly would have been shaped more like a monarchy, with its leaders having absolute rule, as it would be likely illegal to express dissent from the current regime. This means that outspoken leaders of social change, such as Abraham Lincoln, Eleanor Roosevelt, and Martin Luther King, Jr. , would not have had a platform with which to speak, making their roles as progress-makers non-existent. Moreover, it is likely the country would have slipped into a caste system, leaving those in the lower parts of society with little to no liberties. While this separation can be seen to an extent now in the country, it is very likely that the separation would be significantly more extreme. Poverty levels would no doubt rise, as there would be no way to advocate for people in need. We can see examples of this type of extreme in the French Revolution, where the poor suffered while the rich lived lavishly.

Perhaps most disheartening in imagining an America without freedom of speech is the image of the distinct divisions that would be drawn amongst its people. The beautiful thing about America, despite its many flaws, is that here an individual has the opportunity to experience the entire world without leaving the country. Immigrants from around the world live here, and have brought with them their cultures, making America one of the most diverse nations in the world. And while tensions are high now in terms of race relations, there would no doubt be a clear and violent division within the nation, leaving it with little hope of successful advancement.

Which brings us to the present. In consideration of the freedom to express one’s opinions, we must accept that while we may disagree, it is our right to do so. There is no context in which opinion should be a measure of the degree to which an individual’s individual rights should be assured. To respond with violence, with vitriol opposes the foundation on which this country was built. To threaten the foundation of any construct threatens the construct as a whole, weakening each part until it can no longer stand. We stand, as is tradition in our nation, at a crossroad, a dialogue rising in volume to dangerous levels. To say we must choose our words wisely is an understatement the exponential rise in the power of words over recent months demonstrates this definitively. We must now be more conscious of the phrasing of our ideas, and must turn our thoughts toward productive dialogue. While this may prove difficult in times where emotion plays a more dominant role in our motivations, we must nevertheless strive toward solutions.

This raises the question of the nature of constructive dialogue. With a trending increase in the terms “privilege”, “indict”, and “accountability”, it is clear that the current need for constructive dialogue is pressing, while the method in which dialogue is to take place complex. The issues currently being addressed in national conversation are interdependent; effecting change in one area will undoubtedly create ripple effects in others, creating general limitations overall to the most effective legislative and judicial interventions. This is only further exacerbated by the pace at which information is currently exchanged. Social media has increased this exchange to levels unseen in history, leaving little space to process information before new information arises. The recent reports of false or misleading reporting by national news outlets further complicates constructive dialogue, as bias solutions have resulted.

Ultimately, history suggests that effective change is created when the national dialogue is directed with a clear message from each side of any issue. As it stands, the messages arising are muddled, as it seems identifying the issue has yet to be achieved. As every 12 step program emphasizes, identifying the problem is key to addressing it. Our first question, our first steps to solutions, should therefore not be “How do we fix this?”, but instead “What are we fixing?” What can we definitively say is the problem that needs addressing? It is from here we can proceed, keeping true to the spirit in which the Second Amendment was written.