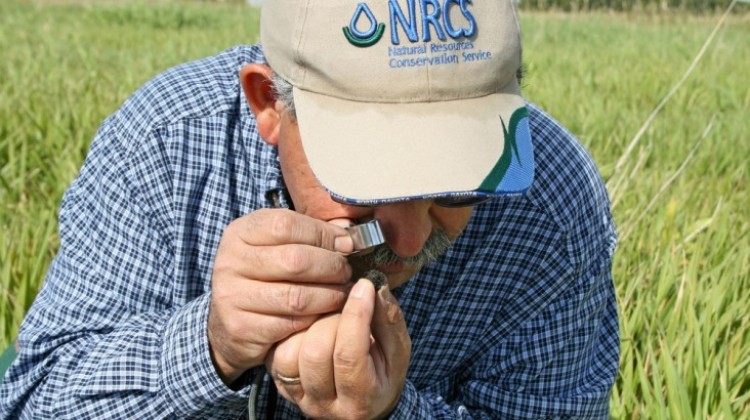 More and more diseases and infections are resistant to the current line-up of antibiotic regimens. However, scientists are excited that there could be new potential sources of future antibiotics found in dirt. A group of scientists at Northeastern University in Boston teamed up with a pharmaceutical company called, NovoBiotic Pharmaceuticals, and found potential sources of promising bacterial sources that could potentially fight many of today’s most drug-resistant bugs.

The drug was named teixobactin, and it was shown to treat laboratory mice with diseases such as staphylococcus and drug-resistant tuberculosis. The discovery is widely praised as a “game changer,” and the results of preliminary testing were published recently in the peer-reviewed journal, Nature. Soil is increasingly studied as potential sources of new antibiotics, with twenty-five so far discovered. While teixobactin has not been studied with human subjects, it shows promise to fight off some of modern medicine’s most stubborn germs.

Drug-resistant strains of bacteria have long been one of modern medicine’s biggest challenges, as Sir Alexander Fleming, who discovered penicillin warned in 1945. According to King’s College of London’s Dr. James Mason, the current lineup of antibiotics available for treating patients had “all but dried up.” Dr. Mason was enthusiastic about the potentially new sources of antibiotics that could be found in the natural environment.

One obstacle to the production of these potentially life-saving sources of antibiotics is the low profit-margin of developing and selling a short-term drug. Oftentimes, pharmaceutical companies would rather invest in drugs and treatments that are designed for chronic maladies such as a heart medication. These latter drugs and treatments are much more profitable for the pharmaceutical industry.

Univesity of Edinburgh’s Professor Mark Woolhouse, however, is excited about the developments of these soil bacteria sources of new antibiotics because they are claimed to be “just the tip of the iceberg.” According to the Center for Disease Control, or CDC, two million people a year are infected with drug-resistant infections, and 23,000 people succumb to these infections. The new drug is shown to break down walls of “bad” bacteria, but its efficacy is limited with such infections as E. Coli, for example.

Drug-resistance of antibiotics is nothing new. However, some drugs have been effective for thirty years. One drug called, vancomycin was developed in the 1950s, and was effective until the 1980s. The new discoveries are exciting for scientist and doctors as we enter into what some believe to be a “post-antibiotic world.” That scenario is daunting as scientist and doctors would have no treatments for infections, which makes routine medical procedures like surgery, chemotherapy and more “impossible.”

The search for more and more antibiotics continues, however, and scientists in the United States and Germany increasingly are looking for potential new sources of antibiotics in soil cultures. The so-called, “iChip” that scientists in these two countries are using in these two countries might provide “millions of bacterial samples that we have never been able to test before.” However, human research subjects are needed to test the efficacy of these new treatments, and the frantic search for more antibiotic sources continues.