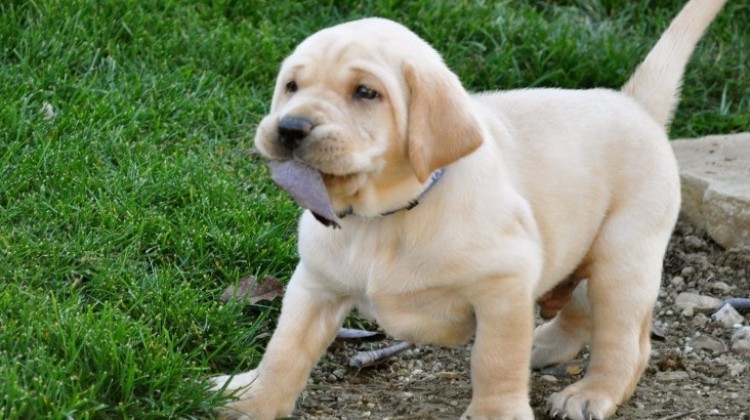 Since 2007, the issue of reports from pet owners (dogs more than cats) with ill and dying pets has not only maintained itself alive in the media but has escalated. There are reports that over 5600 dogs have become ill and about 1000 canine deaths have take place since this issue began to be highlighted. The FDA is now teaming up with the Center for Disease Control to study comparisons of sick dogs who have consumed jerky treats and a “control group” (dogs that aren’t sick) to study the consumption of various foods and their relation to illness in these pets.

The main culprits as of late are chicken jerky treats. Other jerky treats are also on the watch list such as, lamb, duck and any treat wrapped in fruit. Although the number of cases seems very high and the type of illnesses we are talking about are very serious, ranging from gastrointestinal illness to kidney failure and even death, the FDA has still been hesitant to outright pull all of the treats exported from China off the shelf (or any other product for that matter). They have alerted consumers, encouraged voluntary recalls and brought about more education on their website and reports but that is all. There has been one incident where in January 2013 some products were pulled off the shelf, but this was voluntary and not all products were pulled.

What are we looking for as far as symptoms? The FDA reports that the main issues to keep an eye out for are vomiting, diarrhea, increased water consumption and urination, decreased appetite and activity. Having dogs as pets these seem very generic symptoms that in any given week can occur. What about length of illness and severity as the distinction between a sick puppy or a very ill puppy? Perhaps looking at symptoms in that context would be more realistic. Websites have been launched since this issue began escalating in an effort to educate consumers more and to guide them to more safe alternatives for their doggie treats. The most common advice recommended USA-made jerky treats such as TriPom chews, Earth animal, and Kona’s chips. Some others to consider looking into might be Lamb and Rice Jerky made by Sunshine Mills and Jerky treats distributed by Big Heart Pet Brands.

Dogfoodadvisor.com is another helpful website to initiate some education on what is currently being recalled, but beware that issues with doggie treats and foods don’t always turn into a recall. This action is voluntary. At the moment, the most recent recall on their website involved “jump your bones treats,” recalled In January 2015 and is actually a Florida based company. Though it is a good source to have, it definitely does not include all food to watch for, which has primarily been food exported from China.

The FDA lists that there has been a 500 percent increase from 2005 to 2011 in dog and cat foot brought into the USA from China. One must ask whether the standards and regulations have also increased during these years. The simple answer is no, and this is the crux of the problem. China does not actually have a single governing body over food, no one entity that can be held accountable for how their products are produced, packaged or maintained or shipped. Production in general in China unfortunately shows a lack of concern for products we (or anyone who buys from them) consume, but this bottom-line driven mentality has also translated into the conditions in which their workers are expected to work in as well. There are manufacturers producing products that require (at least in the USA) safety precautions such as eyewear, respiratory protection, steel toe boots or hard hats. When these same productions are looked into in China, not only are basic safety precautions not taken, but the conditions are sub-par, some working in simple sandals and inhaling an unhealthy amount of chemical by-products. Therefore, if their concern for their own workers is at this low level perhaps further investigation and action is warranted. Petco has now voluntarily taken off all treats brought in from China (they had already removed all food produced from China) despite the FDA’s inability to make a concrete statement tying the two together. Petco has taken it upon itself to say that the amount of incidents they were hearing about was enough for them to take it to the next level and put their consumers first.

It might be beneficial for us to consider all products brought in that people consume on a daily basis. What other industries have close ties to production in China? Let’s not forget incidents of sick children from toys made there or toothbrushes which were recalled because of unhealthy levels of lead contained in them. The wave of buying products made in USA should not only be driven by our self-interest in growing our economy but now should also be driven by our self-interest in maintaining standards high for the goods on our shelves and the need to keep our families (and pets) safe.