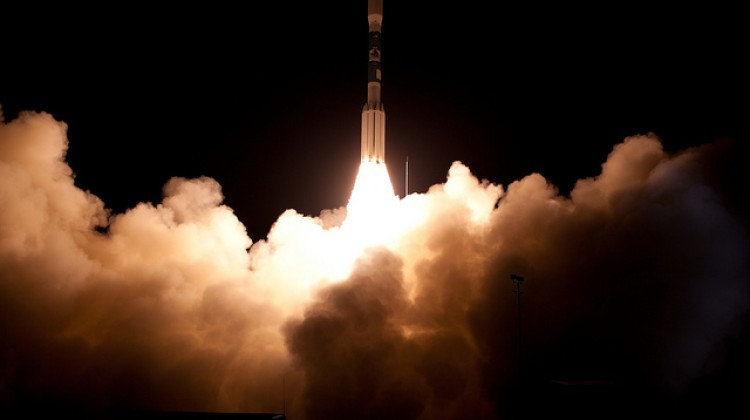 It’s pretty difficult for me to believe that anyone can deny that climate change is the result of emissions from the use of fossil fuels. I would think that a single picture from Beijing, China, would convince anyone that pollution is the most destructive element in the environment. The melting of the polar icecap, increased severity of storms, tornadoes, and hurricanes, droughts and floods, should force every individual to use his or her logic and say; the scientists are right. But the deniers remain.

NASA has launched a new satellite. Its purpose is to track climate change. A Delta II Rocket was launched from California on Saturday. The attached satellite will measure how much water is in the earth’s soil. This information will give scientists the ability to better forecast changes in weather and determine how the water content is related to climate change which causes both droughts and floods.

The rocket was delayed two days; high winds forced one cancellation and some minor repairs to the rocket’s insulation caused a second. The SMAP satellite, which cost $916 million, will remain in orbit for three years measuring the earth’s ‘metabolism.’

Previous to today’s launch, scientists used computer models to estimate the earth’s moisture content. Onboard the satellite are two microwave instruments which will accurately measure the soil’s water content, and the changes which occur every two or three days.