Strongest-Ever Laser LFEX for Recreation, Research but for How Long? 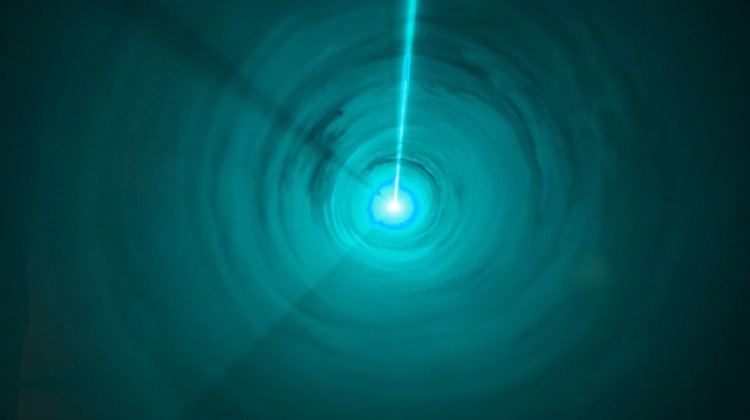 Japan’s Osaka University has broken a record by creating Earth’s strongest-ever laser beam, dubbed the Laser for Fast Ignition Experiments (LFEX). The record-breaking beam fires at the intense level of two petawatts, which is the equivalent of two quadrillion watts, or 1,000 times the amount of electricity currently needed to fuel the globe. Researchers behind the project claim the laser has been developed for recreation and research purposes, but the incredible potential of the device leads to questions of how long it might be before the laser’s capabilities could be used for other, nefarious purposes.

To get an idea of this piercing laser’s incredible capabilities, MIRACL, the most powerful continuous wave laser in the U.S., produced, in 1998, only 2.2 megawatts (2,200,000 watts). MIRACL hit an orbiting satellite with a steam engine’s force and could have melted it, if so intended. It is said that a beam with one half of that power could burn through a jet flying six miles away.  The latest technology from Japan fires energy at just half the speed at which Earth thrusts heat from the equator to its poles.

LFEX is over 100 meters long and relies on a series of mighty generators and internal glass lamps. The beam fires at glass panels that work to focus and magnify its energy, which is the primary reason the device’s great power is attainable. Without the amplification by the glass plates, the light would be deconstructed at the same level as a few seconds of microwave heating. Currently, LFEX can only be fired in one pulse for one-trillionth of a second.

Professor Junji Kawanaka, who teaches electrical engineering at Osaka University, states that the goal now is to amp the power of LFEX to 10 petawatts. The laser’s main purpose is recreation and education which, combined with its energy extravagance, led Japanese researchers to focus their attention towards the intensity of the beam rather than its duration. For how long the strongest-ever laser’s function remains benign is anyone’s guess.

In response to LFEX, the U.S. Department of Defense has bestowed over 50 companies and 20 universities in New York State with $110 million in order to create an institution for laser technology research. Countries have been looking into photonics for educational, recreational, and medically beneficial purposes, but this new and increased fascination could soon blossom into discovering how light beams can be integrated into, or even become, new, bulletless weaponry with serious, destructive capabilities.

Journalists describing the LFEX laser have compared it to the “Death Star in Star Wars,” however, in all actuality, the intended use for this new, strongest-ever laser is research and recreation and for now, it poses no threat due to its massive size and presumed extraterrestrial target. However, if this technology was crammed into a significantly smaller device, with the right objective in mind when constructed, the laser could cause an impressive amount of devastation. Jeanne Cavelos wrote in The Science of Star Wars that, “To vaporize a planet, we’d need a laser with a billion trillion times the energy of MIRACL.” The author also quotes Dr. Stuart Penn, a researcher at London’s South Bank University, who suggests an alternative option of annihilating a planet using lasers. In all probability, photonic technology will not be used like this, because of both common limitations and common sense. For now, it appears as though the human race will not be zapping itself to death anytime soon, however, the question to consider is how long it could be before this new toy, in the hands of someone with an advanced mind and enamored with nightmarishly twisted dreams, seizes the opportunity.