December 21, 2015 by Shepherd Mutsvara No Comments 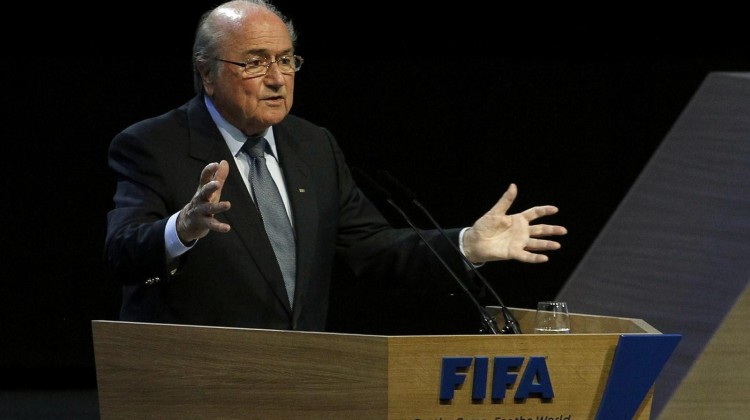 Joseph Sepp Blatter, the out-going Fifa president, on Dec. 21, 2015, vowed to fight the eight-year ban imposed on him and UEFA president Michel Platini by the Fifa ethics committee. Speaking at a press conference in Zürich, the embattled Fifa president said he feels betrayed by the organization he has served for more than 40 years and will fight to the bitter end to absolve his tainted name.

Blatter and Platini have been banned from participating from any soccer-related activities for eight years. This comes after the Fifa’s ethics committee ruled that the payment by Blatter of two million Swiss francs ($2 million) to Platini in 2011 had no contractual basis and was against Fifa’s rules on offering and accepting gifts. To this end Blatter has been fined 50,000 Swiss francs while Platini is expected to pay a fine of 80,000 Swiss francs.

Mr. Blatter told the reporters that the payment to banned UEFA president was “[a] gentleman’s agreement” that was approved by all Fifa committees. He went on to say that it is mischievous to suggest that the $2 million dollar payment was a bribe to secure votes for his presidency. “I have always had support from Europe, why would i use bribes to secure their votes?” he asked.

However, he admitted that the $2 million payment was never recorded in Fifa’s books nor was it accounted for over the nine years. He went on to say that he was not “morally responsible” for what he calls an “administration error.” Blatter said the agreement with Platini was “an ongoing contract that was never terminated.” He then said he was unhappy with the Fifa’s ethics committee for denying the existence of the contract which they knew existed. “What astonished me is that [ethics committee] deny the existence of this agreement.”

Blatter, 79, who began his press conference on a philosophical note by quoting Nelson Mandela’s views on “humanity,” said his rights have been violated as a law-abiding Swiss citizen. “I will use the sporting justice to go forward,” he told reporters, before reminding them that the ethics committee has no power to remove him as the president of FIFA.