Is Life on Mars a Reality? 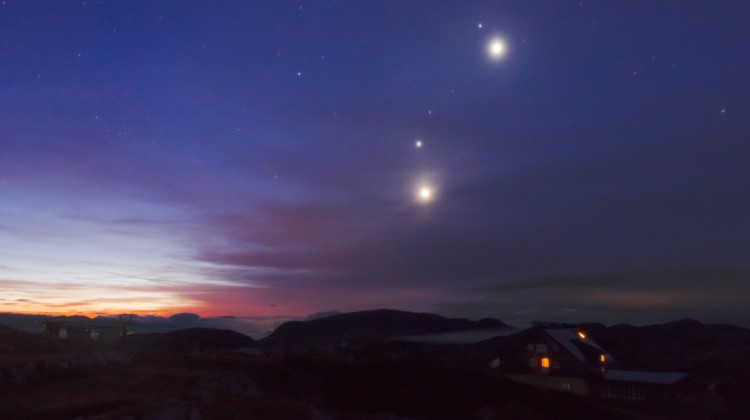 Mars One’s aspiration is to have humankind take up permanent residence on the red planet. It seems too crazy to even fathom, but it is entirely possible. In fact, NASA has been planning a trip to Mars for 45 years and was initially planning on doing so 20 years from when they launched the idea.

There have obviously been some setbacks due to the riskiness of the return mission. Returning from Mars would require larger rockets with much bigger landing systems and the capability to launch the aircraft from Mars.

Mars One has been accepting contract proposals from aerospace companies to perform testing, constructing, and designing the air crafts to work on the safety of the return mission. Even though humans are able to take the six to eight month trip to the planet without any new scientific breakthroughs.

There have been over 200,000 applications submitted online from people wanting to take this unpredictable journey for a permanent relocation. 36-year old, Kenya Armbrister is one of the 100 finalists to make it one step closer to making this journey. She, among others, feels that she has what it takes and what Mars One is looking for in a candidate. Stating to Marc Lamont Hill, the host of HuffPost Live, “I’m very adaptable. I have a team spirit attitude. I’m very resourceful and trustworthy and that’s what Mars One is looking for.” Even though Kenya is fearful, she is driven to this reality but is also aware of the risks involved.

Consistently preparing and improving, Mars One is working on reducing the risks of failure and delay of this mission by testing the Mars lander several times before the first crewmembers land, but what about the training for the astronauts? How does  NASA prepare them and decrease their risks? The loss of human life is the main presenting issue with Mars One, along with the cost. So, the plan is to have multiple groups of four individuals train.

Each person in the Mars training will go through a series of assessments to figure out their compatibility, abilities, and personality traits to ensure that each crew works together in the best possible way. There will consistently be several groups in training, so that when it is time to launch, there will always be a team on stand-by. Being in these small teams will be one way to reduce any risks involved. There will also be a considerable amount of training, such as medical, equipment-related, and geographical. Also, there will be the study of exobiology, which is the biology of alien life.

It is crucial that each astronaut has the “Cadillac” of coping skills to undergo this mission. Not having the coping skills needed could be detrimental to one’s own sanity. The main training that the groups will go through would be simulations of the actual mission to Mars, including as many possible conditions and outcomes the planet has to offer. These trainings will be ongoing for several months out of the year, until the first departure, which is set to be in 2026. This will allow for 11 years of training. A couple years before the first crew is transported, an unmanned mission will be launched and leave the hardware needed by the astronauts.

This Mars mission is looking for support from around the world. Including the possibility of becoming an astronaut. Every one of is an explorer and has a curiosity about what is beyond planet Earth. By actually achieving this long-term goal, NASA will be adding to one of the most optimum historical events. Or, maybe this journey will open up Pandora’s Box. Only time will tell.

Huffington Post: Mars Mission Could Cause Brain Damage Due To Exposure To Cosmic Rays
Mars One: Web Content