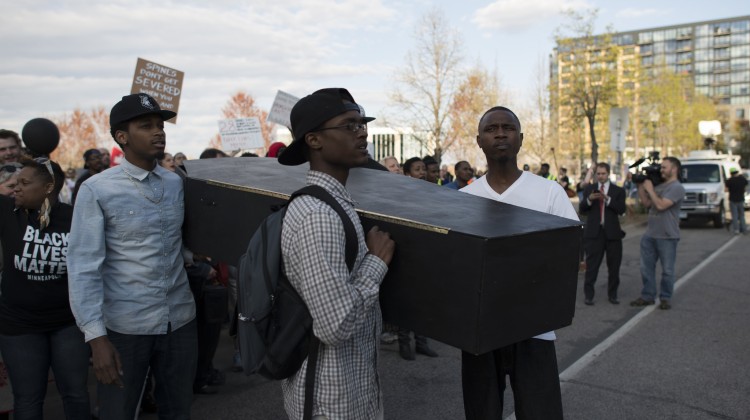 Baltimore Police Officer William Porter was charged with criminally neglecting his duty. Freddie Gray continuously asked for medical attention after being shackled but not seatbelted into the police transport van and Gray’s spine was severed when he fell off the seat after the driver stopped on April 12, 2014. Gray was a 25-year-old black man who died seven days later.

Officer Porter should have assisted Gray, but was unwilling, according to his family members who witnessed the incident. However, the jury was deadlocked on all four charges yesterday, Dec. 15, 2015.

Gray’s death lit the fuse that created more Black Lives Matter protests in Baltimore. It also created a wider gap between the African-American community and the loss of trust for the police department.

The judge sent the jury to back to deliberate. Nevertheless, the jury was unable to reach a unanimous vote on any of Porter’s charges. Porter is only one officer in connection with Gray’s death. There are six officers being held responsible for this tragic incident.

The driver, Officer Goodson is being charged with second-degree depraved-heart murder. Officer Miller, Lieutenant Rice, and Officers Nero, Goodson Jr., Sargent White, and Officer Porter were all accomplices to involuntary manslaughter of the young Baltimore man.

The judge will meet with the prosecutors and defense attorneys tomorrow to set a date for a re-trial. Inside the Planet will have more information on these trials as the information is made available.