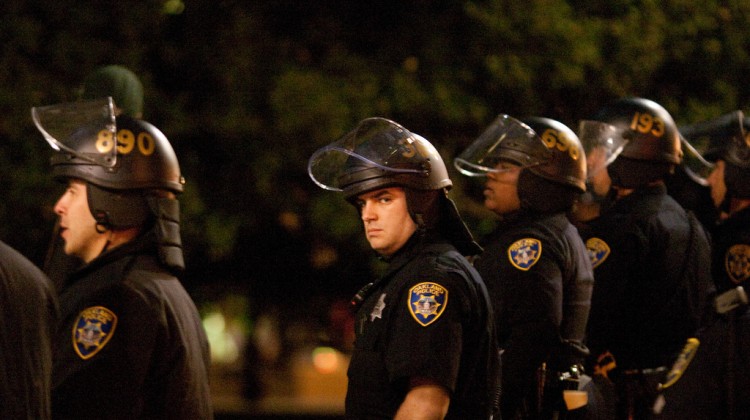 On Dec. 2, 2015, at 5:30 p.m. PST San Bernardino Police Chief, Jarrod Burguan hosted a news conference to give updates on the San Bernardino shooting. The lock-down in the neighborhood at the site of the shooting event has been lifted.

The suspects were armed with assault-type weapons according to Burguan, he declined to confirm the guns were AR-15, as reported earlier by CNN News anchors. Two suspects are dead, one male and the other is a female. They were wearing “tactical type clothing,” the chief of police indicated.

A third person being held for questioning. Apparently, the police witnessed a person running away from the scene near the site of the police-related shooting of the black SUV. No information about this person is known at this time, and it is not clear that this person is involved.

Pipe bombs were thrown out of the vehicle during the driving shoot-out. The police now report there was one device, and it was investigated and determined to be inert. The SUV is still being investigated for more information.

The San Bernardino Chief of Police, Jarrod Burguan announced there would be further updates via a news conference at 8:30 p.m. on Dec. 2, 2015. Guardian Liberty Voice will update this information at that time.

The San Bernardino Mayor, Carey Davis explained that the community should stay alert and the police are on 12 hours shifts around the clock. There are still areas under lock-down. He further mentioned that there is no cause for panic.

He extended thanks to all the emergency service employees for exemplary work during the shooting and search. Davis further stated, he and his team are speaking with the clergy to set up a memorial for tomorrow, Dec. 3, 2015.

One of the suspects has been named, his name is Syed Farook, who owns the home that is related to the case. Farook is a U.S. citizen and is an inspector of the San Bernardino County Health Department. However, there is no information about whether he is one of the dead suspects.

Four guns have been recovered, two are handguns and the others are assault-type weapons. One of the guns has been identified as legally purchased by someone involved in the case. Police officials have not given further information.