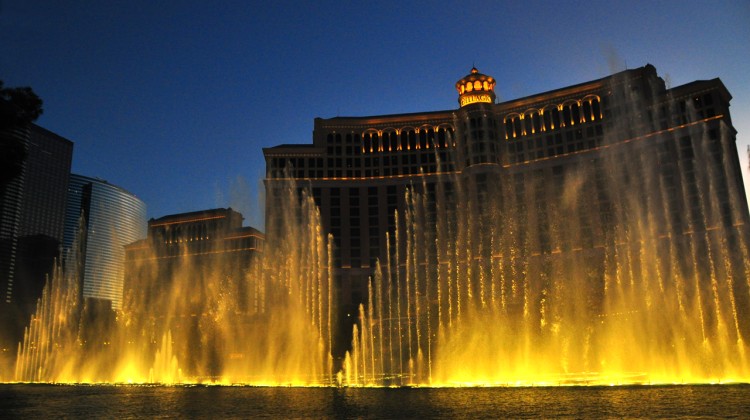 According to the Las Vegas Review-Journal, a section of the Las Vegas strip was closed on Jan. 22, 2016, due to an officer-involved shooting. The incident occurred in front of the Bellagio Hotel-Casino fountains at 3600 S. Las Vegas Boulevard, shortly after 7:00 p.m. PST.

The Metropolitan Police Department spokesperson, Larry Hadfield told reporters there was an incident that involved a police officer shooting a suspect. At this time, there were no reported injuries as a result of the gunfire exchange. The suspect is in custody.

Part of the investigation taking place is to determine if there were any pedestrians wounded as a result of the gunfire. According to Las Vegas Review-Journal, officers were speaking to one another and interviewed witnesses in small clusters, between Flamingo and the Cosmopolitan of Las Vegas.

The boulevard has been shut down between Flamingo Road and Tropicana Avenue, to all pedestrian and vehicle traffic during the investigation. Additionally, the eastbound Flamingo exit off of Interstate Highway 15 was closed. The police were unable to say when the roads were going to reopen. Pedestrians were told by the police to use Koval Lane in order to get to other resorts.

Contrary to what some tourists thought, the shooting was not related to the filming that has taken place over the last week for the latest Bourne movie. A man was overheard inquiring about the police tape, the Bally’s security guard he was speaking to informed him the tape was real and not related to the movie.

[Update] Jan. 23, 2016 at 2:46 a.m. PST. According to Reuters, when the Las Vegas officer responded to the emergency call reporting a man was pointing a gun at another person. The suspect refused to comply with commands to surrender. An officer fired his weapon, the shot missed the suspect, grazed a juvenile and the clothing of an adult, both were close to the incident. The child was treated and released and the adult was unharmed.

A press conference had been announced but was postponed and likely not to occur until early morning. Inside the Planet will continue to provide updates as information becomes available.