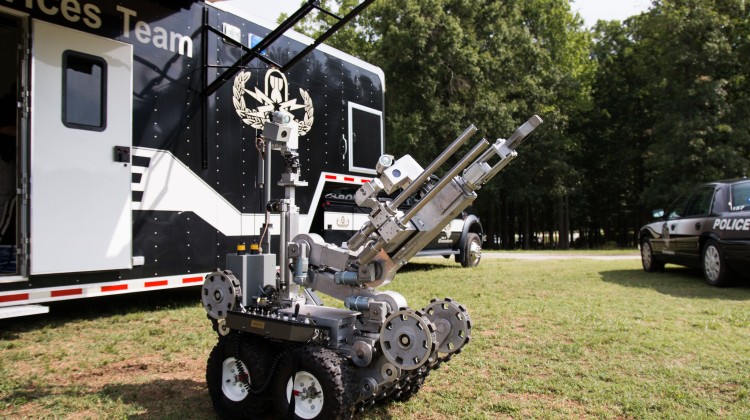 In Muncie, Indiana, on Jan. 25, 2016, a report was made concerning a suspicious package left near the intersection of White River Boulevard, White River Road, and South Hawthorne Road. The emergency response team, including the Delaware County Bomb Squad, closed off the three roads. People may have to follow a detour if they need to get through that area.

The package was 200 yards east of Hawthorne and either on or near a bench that overlooks the north riverbank, west of the Suzanne Gresham Center. According to Sheriff Ray Dudley, the call was made by someone walking by who saw that the package contained a white device and wires. The caller also stated the package was ticking or beeping. According to officials, the package was making fast and high-pitched beeping sounds.

The emergency traffic scanner stated traffic heading westbound on White River Boulevard would have to turn around at the Gresham Center and go back to the east. There was not any immediate word concerning detours for White River Road or South Hawthorne Road.

The bomb robot attempted to blow-up the package but was not successful. At this time, a bomb technician is preparing to walk to the package and attach a remote control to attempt to re-try blowing up the package.

The mysterious beeping package was successfully blown up and did not cause a chain-reaction. If there is any further investigation Guardian Liberty Voice will post updates.