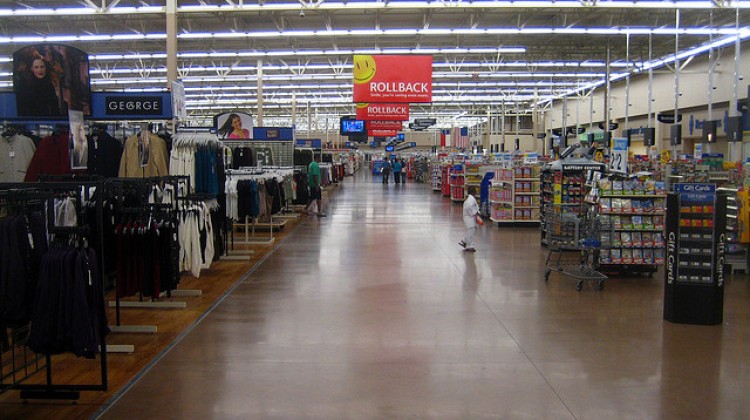 A Walmart in Santa Maria, Calif. had to call the police today, January 23, 2016, when a shopper was in the process of shoplifting in their grocery store at 4:34 p.m. PST. By the time the police arrived, the alleged shoplifter had left the store, was able to get into their vehicle, and flee from the parking lot.

The Santa Maria police followed the vehicle and was eventually able to pull them over. It was reported that two other people were in the car with the alleged shoplifter, but they were not taken into custody. It is unknown if the two acquaintances were taken in for questioning, as they not only witnessed the alleged crime but may also have been accomplices. Some witnesses reported that there may have been a gun inside of the car and might have been in possession of the customer while they were in the store.

It is certain, though, that the police only took the alleged shoplifter into custody and are still investigating the crime scene. Walmart and the police have not released what merchandise may have been taken.

Inside the Planet will continue to provide updated information regarding this incident as information becomes available.

By Tricia Manalansan
Edited by Jeanette Smith and Cathy Milne