Students Stranded on School Bus in Snowstorm for 14 Hours 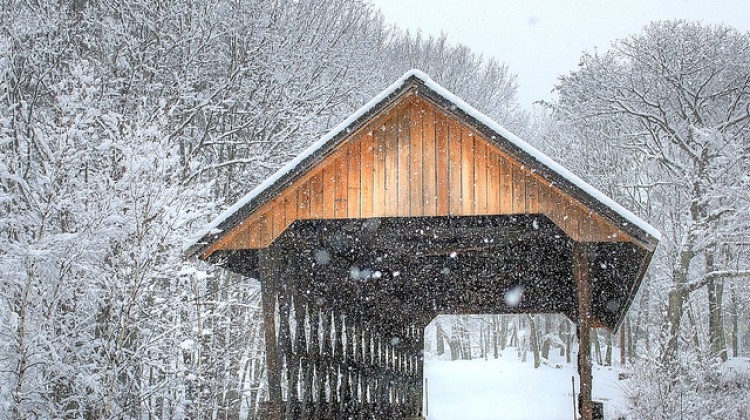 On Saturday, Jan. 23, 2016, a bus filled with Kentucky high school students learned a lesson about human kindness when their bus broke down a mile from their hotel in Pennsylvania. The students were from Owensboro Catholic High School and had been stranded on the school bus on Interstate 76 for more than 14 hours due to the snowstorm.

However, despite their plight, the bus had some food and gas, so the students brought other stranded motorists out of the cold and snow onto their warm bus. Tine Edge, a chaperone for the Kentucky students, told NBC News that their bus had heat, a bathroom, water, and snacks. People are frantic and in need of some comfort and food while they await emergency responders.

The situation started Friday night at 7:30 p.m., when the 40-plus students got onto their bus after the March of Life in Washington, D.C. They were traveling 175 miles to their Pennsylvania hotel when they got stuck on the highway.

As of Saturday morning, many areas had received 30 inches of snow. Edge stated that the plan was to wait out the overpowering snowstorm in their Pennsylvania hotel. Once the storm stopped and the roads were cleared, they would head back to Kentucky. Plans changed when two semi-trucks in front of the bus became stuck on the Interstate, blocking drivers.

Edge said they were blessed to be on a bus with enough gas to stay warm. They were, however, running out of supplies. People were told that the National Guard was on their way, but three to four hours later, they were still awaiting help.

According to a tweet from Pennsylvania Turnpike officials at 11 a.m., the National Guard had arrived and were in different areas on the Interstate assisting the stranded. The Kentucky chaperones and students were still in good spirits, but are praying for the “light at the end of the tunnel,” stated Edge.