February 13, 2016 by Jeanette Smith No Comments 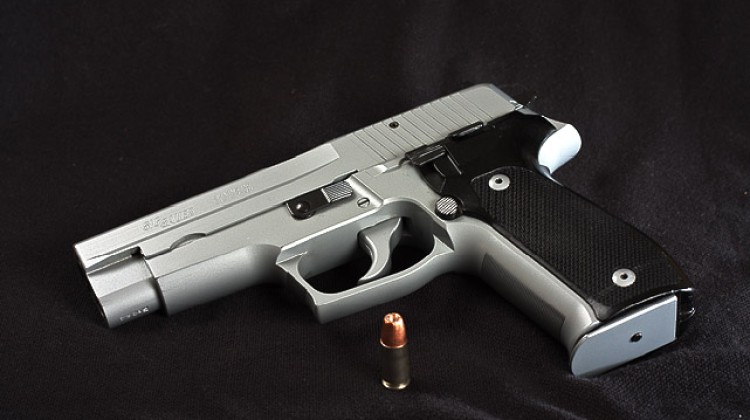 Since Friday, Feb. 11, 2016, according to the Chicago police department, 10 people have been shot and three of them have died. The Chicago Sun-Times is keeping a tracker of all shootings from Feb. 12-16. The tracker is mapping the locations and times of shootings over President’s Day Weekend.

At 5:20 a.m. CST on Saturday, there was a loud party in the 300 block of South Cicero. Police were called because two men were arguing during the party. According to police, a woman, 25, stepped in to break up the fight between the men and one of them shot her in the head. Chicago police declared her dead at the scene.

Approximately two hours before this shooting, another one was reported in a Back of Yards community. This shooting killed a man. There are no further details at this time.

At 3:50 a.m. Saturday, officers received a call stating shots had been fired in the 4700 block of South Laflin. When officers arrived, there was a 24-year-old male gunshot victim outside. The man, who had been shot in the head, was taken to St. Bernard Hospital. He was pronounced dead at the hospital.

The medical examiner’s office of Cook County did not immediately confirm the deaths. Police have not stated if there are any investigations ongoing or if any arrests have been made at this time.

Around 2:00 a.m., a man was killed and two were wounded in a shooting that occurred in the West Lawn community on the Southwest Side of Chicago. According to the police, the three men were 22, 23, and 25 years old. They were in a vehicle in the 6800 block of South Lawndale when they were approached by another car. The occupants of the second vehicle opened fire on the first. The victims went to Holy Cross Hospital and then they were transferred to Mount Sinai Hospital.

The 23-year-old male had a gunshot to the chest and he was pronounced dead by doctors at 5:30 a.m. This death has been confirmed by the police department and the medical examiner’s office. However, this young man’s identity is being withheld until his family can be notified. The 22-year-old victim received gunshots to his wrist and left shoulder. He was last known to be in good condition.

Only a few minutes later, it was reported that a man, 24, was shot in the knee by the driver of a tan Chevy Impala. The victim was shot while he was sitting in his own car in the 500 block of South Lavergne in Austin. He drove himself to Loretto Hospital and police state he is in good condition.

At 1 a.m. in the North Side Rogers Park area, a 26-year-old man told police he had been shot in his right foot. The victim reported he was in the 1200 block of West Lunt when he was shot. He drove himself to Presence Saint Francis Hospital in Evanston. He is in good condition.

Friday night two men were shot when they were driving on the South Side in Bridgeport. Police reported that the two men, ages 21 and 26, were driving west in the 1000 block of west 32nd Street at 11 p.m. when a shooter in another vehicle opened fire on them from behind. The 21-year-old had a gunshot to the buttocks and transported himself to Mercy Hospital and Medical Center. He is stable and expecting to be moved to Stroger Hospital. The other victim refused treatment for a flesh wound to his armpit.

The first shooting of the weekend took place in Chicago Lawn at 5 p.m. Police state the shooting happened in the 3100 block of West 64th Street. A 32-year-old male was walking and had an altercation with someone in a vehicle. The driver fired on the man shooting him in the buttocks. He went to Advocate Christ Medical Center in Oak Lawn. According to police, the man is stable.

At this time, Chicago police are not reporting any ongoing investigations or arrests. Guardian Liberty Voice will continue to report on the shootings in Chicago.