A Question of Authority

February 21, 2016 by DiMarkco Chandler No Comments 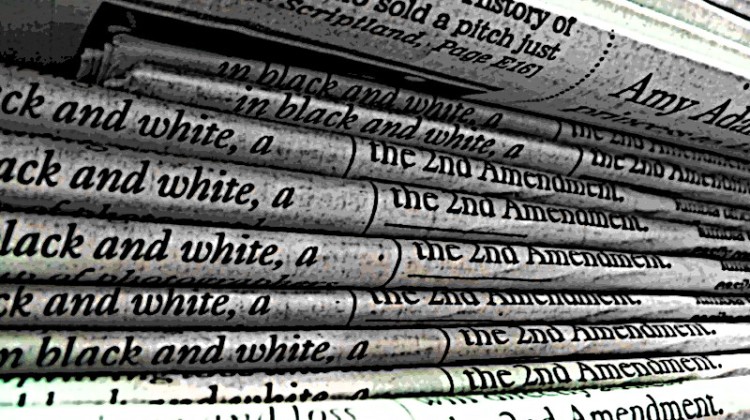 To speak or to write with authority, one must be knowledgeable and not just opinionated. It is not that opinions do not matter; it is only that anyone may have one. Bloggers who pretend to journalism are like television news presenters, who may look and sound like authorities but who lack the actual depth of knowledge or experience to be taken more than slightly seriously. The ver sacrum of contemporary journalistic practice flows from a very ancient and optimistic view that history can be recorded objectively. Whether or not objectivity is more myth than substance, there is no reason to run pell-mell in the opposite direction, into the dimly lit basements of the blog. Bloggers may have their place in the community of ideas but it is not at the table’s head.

Journalism, as practiced in the modern era – the time before the bomb and after the stains of yellow journalism were sponged and lifted from the page in an increasingly competitive commercial market – has an established code of ethics. Journalists gather information from at least three reliable sources; journalists try to remain objective, or at least they identify the biases they have; journalists adopt the often annoying practice of writing in the third person. The first two principles are easily proved and intuited; the last is simple as well; it signals – to all those who are paying attention – a devotion to the other two principles. Another reason for journalists to avoid the first person singular pronoun is that, absent authority, all personal opinions are equal. Many bloggers and talk radio personalities seem to believe that merely saying something often enough, loudly enough or with enough conviction is a sufficient substitute for the truth. The truth is, it is not.

For the religious minded, ultimate authority comes from God; there is no reasoning with them and one does well not to try. For the civic minded, authority derives from the State; there is no consoling them and one can only hope that they will listen to reason. Among many people today, the many media are the only authorities they recognize. The statement seems as quaint and terrible as that of the man who first uttered the banns for Henry VIII’s third marriage. Today, reporting is not so much recording history as it is reciting the morning’s talking points or rewriting blurbs from the AP wire. Which ones – and in what manner – these are recited or written is subject to the political, social and sometimes religious agenda of one’s publisher or station owner. When money comes in, truth flies out the window; and the incessant chatter of whichever echo-chamber one hates the most will not fail, so long as the checks clear.

Journalism has long had an established hierarchy: The reporter; the editor; the publisher. Among journalists, ideally, what separates the good from the great is a matter of authority. Authority among journalists may be conferred by either experience or education; somewhat surprisingly, the public at large seems suspicious of both. There are, today, more bloggers than journalists. This is an indisputable fact. The only requirements for becoming a blogger seem to be that one has access to a laptop and a coffee shop. It might be argued that not all bloggers are the same or that not all bloggers lack the authority to sustain more than mere opinion; but we must wonder how we can differentiate. Everyone is entitled to their own opinions; but not everyone keeps their opinions to themselves; because a blog receives two million views or “hits,” we cannot simply accept what its author has written as true or even worthy of consideration.

There is another kind of authority that has not been mentioned yet: the authority that arises from tradition. The impulse toward creating traditional newspapers, with news reported by honest writers and edited by authoritative men and women well practiced in the art and published by people without secondary agendas still exists. The means of distribution is digital, not analog, but the inclination to report the truth and to clearly separate news from opinion has remained unaltered.