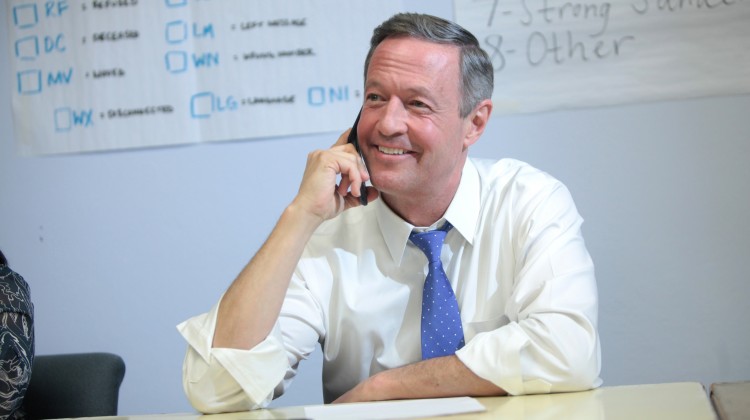 According to NBC News, Martin O’Malley, 53, announced his plans to suspend his presidential campaign. This decision was made early in the evening during the Iowa Caucus when he failed to gain enough votes.

The former governor of Maryland originally launched his candidacy with big hopes and a strong resume. Yet, his campaign did not ever gain momentum. His numbers remained less than 10 percent during most of 2015.

Even though O’Malley made himself available to the voters and the media in Iowa his popularity as a no-nonsense politician did not change. Those associated with his campaign believe his presence in the debates and his politicking pressed Hillary Clinton and Bernie Sanders to address under-discussed issues.

The Washington Post states O’Malley failed to connect with voters in lieu of his accomplishments as governor. His record included repealing the death penalty, legalization of same-sex marriage, and his state’s version of the Dream Act, which benefitted undocumented aliens who were college-bound.

As of 10:32 p.m. CST, O’Malley holds 1 percent of the overall votes in the Democratic Iowa Caucus. NBC News reports that he is likely to announce his decision end his campaign during his post-caucus party.

Inside the Planet will continue to provide updates as they become available.