Race Riots: A Tried and True Method of Inciting Change 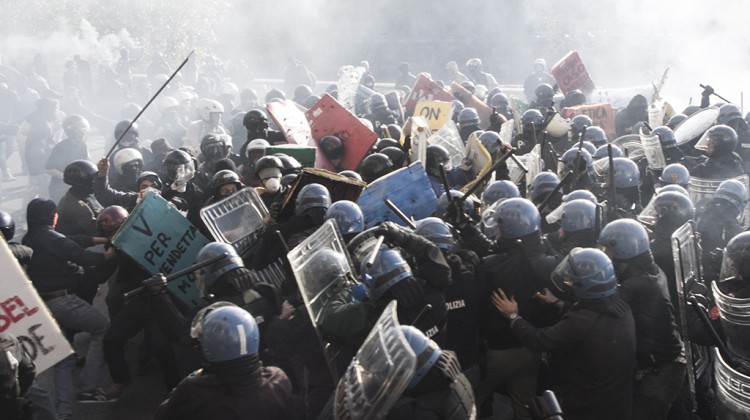 Riots have ensued because the violence against the black community from the police have been extremely effective in opening the discussion of race relations on a national level. The sad fact of that matter is, had protests in Baltimore, or Ferguson, been confined to peaceful marches there would be considerably less dialogue on the subject of race.

Political figures and media types alike, have denounced the actions of violent protestors in Baltimore. The new attorney general, Loretta Lynch, said the protests were “counterproductive to the ultimate goal.” President Obama has expressed similar sentiments. Figures in the media also fall in line with Lynch and Obama’s comments.

At the same time, the violence is decried it is being blasted out from all angles on every media outlet in the United States. Viewers are tuning in all over the country to see cars and buildings being set on fire. When police dress up in riot gear, the national media flocks to the story like kids to a candy shop. The role of violence in enacting social change is undeniable. A riot inserts the narrative of a social movement into the national consciousness like nothing else.

The Stonewall Riots in 1969 ignited the fires of the LGBT movement. The Watts and Rodney King riots were pivotal in opening up a national discussion on race relations in the U.S. at the time.

It only takes a basic understanding of human nature to see why violence pairs so well with social movements. The first job of any successful social movement is to leverage the strength of public opinion. Yet, before a public opinion can exist, attention needs to be drawn to the situation. Nothing does this more effectively than chaos.

No one likes to sit in traffic, yet everyone has experienced the slowdown on the other side of the road when there is a car accident. If people would simply keep driving, there would be no slow down. People know this, but it will not happen. Human beings are addicted to mayhem.

The violence does more than attract attention, it lends credibility to the peaceful protestors, like the good cop, bad cop routine. Martin Luther King Jr. and Mahatma Gandhi have achieved legendary status without question, they are deserving heroes. Yet, the fact their peaceful methods stood in stark contrast to the violent methods of their contemporaries helped exalt them to the status of national hero, even outside of their core group of agitators.

Riots in India, chief of which was known as, the Great Calcutta Killings, resulted in untold Indian deaths. The Black Panthers had similar goals to Martin Luther King, yet they had completely different methods. Whether King and Gandhi knew it, their violent contemporaries were key in helping them gain legitimacy in their respective movements.

People speak with derision concerning the violent actions of some of the protestors in Baltimore and Ferguson. It is the politically prudent thing to do. The textbook response to any violence is revulsion. However, to deny that it plays an integral role in inciting further action, discussion, and eventually real, tangible change would be ludicrous.