February 21, 2016 by DiMarkco Chandler No Comments 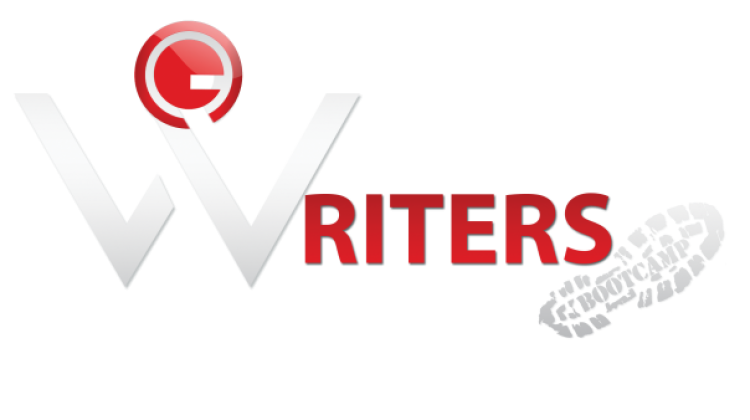 Inclusivity is perhaps the single most important human need to facilitate and demonstrate fairness for all members in an open and free society. When this principle need is compromised by appearances of unscrupulous, self-interested, privileged elites to perpetuate a systemic widening disparity between socioeconomic classes, favoring exclusivity, it is eminently imperative to galvanize public opposition to mitigate this threat. A society that is governed by its collective citizenry should never be marginalized by its institutions or the people that run them. No institution should be more esteemed than its human beings. Thus, this analysis seeks to provide a historic backdrop to help trigger a new wave of global interaction and imagination. We must make an effort to level the playing field so that all voices are invited to participate in our global conversation. I, for my part, offer this short analytical portrait into “The Historical Model” as a starting point towards gaining greater understanding and inspiration to further our global debate.

Sociologists like Thomas Jefferson have argued for years that the root of man’s social behavior and response to his own existence is fear. They have found that man’s fears govern the way he navigates through the difficulties of life. Once man managed to mitigate his fear of death, he next wrestled with the problem of solving his fear of loss and diminishment in his social world. Man found that he could mitigate this new fear by increasing his own value. For the most part, his value was intrinsically and inextricably connected to his relationship with his immediate community, which in ancient times meant his tribe or village. He had discovered that real value was in his community, not his individuality. Thus, he sought to enhance himself by enhancing his community. He determined that the best way to achieve this goal was through social relationships that facilitated the buying and selling of products and services, which indeed brought increased value to his community. He perhaps furthermore imagined that this activity of buying and selling would enhance his quality of life by distancing him from his social fears. As a result, those in his community would dutifully validate his worth by continuing to include him as one of their members, while he dutifully provided them with products or services that they valued and utilized. This was the old model. The individual was important to the community, and the community was important to the individual. Through the passing of time, this model began to change, along with a paradigm shift that facilitated and justified this change. Buying and selling was still important in this new model, however, instead of an emphasis on community, the emphasis began to gradually shift to highlight the individual.

One of the basic truths affecting all of us in the modern world community is that we are the scions of a conflation of cultures, ancient and modern, that have evolved to produce a world which scholars have characterized as having two distinct groups, privileged and marginalized. This dichotomy and disparity of existence has grown ever more complex since man has emerged as a civilization builder. In addition, this new model has survived all attempts to expose and depose it as the principal influence on human behavior and fortune. You might not like it, but we all live within the confines of this structural influence, and yet, though it has an enormous impact on us all, we as individuals have little if any influence in shaping this monumental force on our lives. This model elevates a small number of privileged elites to its plateau and jettisons the rest of the human race into a marginalized existence of unimportance. These macro structures have been formed by privileged elites for preserving their quality of life via the preservation of their social-economic and political ideals and values. In other words, the model elevates those that give their allegiance to it (the privileged). Moreover, through the development and use of institutions, the model is able to foreground the collective values of the privileged in order to strengthen and perpetuate its authority and existence. As a result, all of us are subject to the particular proclivities of this model. Our very orientation into the world, from youth on, is a product of this model. Its impact and influence is worldwide, affecting our values and behavior cross culturally. This orientation is the thread that connects us all to a world community. Such a structure has sometimes been called a pyramid, because, from the bottom to the top, it gradually diminishes in size while paradoxically growing in power and authority. At its base lies the vast faceless and voiceless pillows of society, excluded, however, from much of the fruit they engender. At the pyramid’s pinnacle, lies a tenuous and trepid few in constant fear of having their surreptitious practice of exploitation exposed, and who respond to this threat by theoretically triggering the creation of institutions designed to protect it as it makes use of the first rule of survival – self-preservation. This is arguably how our world operates. The appearance of institutions provides hidden support for those values that protect and perpetuate this ever-evolving systemic condition; emphasizing exclusion over inclusion, individual over community, hierarchy over egalitarianism, and privileged over marginalized. Today, in the West, our orientation tells us that we make it by virtually pulling our individual selves up by our bootstraps, never mind the fact that the heel of your boot is lodged in, and on, the heads of others as you springboard your way to the top. Forget about the poor, the blind, or the handicapped in society, because in this model, they don’t matter! Within the scope of this paradigm, the so-called “have-nots” have little, if any, value and therefore, warrant exclusion. Such apathy is often captured in the popular expression, “That’s just the way things are.” Yes, perhaps that is the way things are, however, the premise of this argument proclaims: That’s not the way things have to be, or have to remain.

Through the ideas and ideals which place inclusivity over exclusivity, and ownership as opposed to proletariat, in theory, a different revolutionary concept and philosophy may be inspired. The concept is to combine the values of inclusivity with ownership in order to produce both a community that values its members and sees them as essential to the value of their community, and individuals who value their community and see the value of their community as fundamental to their own individual value. By emphasizing the importance of inclusivity, ownership, and community, it is this author’s belief that the human race can position itself for the task of preserving civilization for centuries to come.

If someone, somewhere, in a world dominated by fear and individual self-interest, could begin to see that the word “we” has a much greater potential and power than our drifting emphasis on “me,” perhaps maybe the seeds of change could find fertile soil at last. After all, look at the bright side. Isn’t change inevitable? Arguably, for all the good and bad that Thomas Jefferson has said and done, one quote in particular seems to have captured our present divide: “The tree of liberty must be refreshed from time to time with the blood of patriots and tyrants.” It is my hope that the blood of patriots and tyrants can be avoided; but what cannot be avoided is change. After all, our liberty is at stake.

Other published works by DiMarkco Chandler can be viewed by visiting: Social Science Research Network

If you are a writer or want to learn how to become a news and information writer, reporter, or investigative journalist, Liberty Voice Institute provides a FREE online 2-week journalism certification course. This is a live course, which means that you are not simply watching instructors on recorded video. All Course professors hold at least an MA degree from an accredited U.S. university. To register for the FREE two-week course please fill out the enrollment form located at the following link: Liberty Voice

All graduates of Liberty Voice are offered paid opportunities to work regularly, on staff, at Frackle Media Publications.