Guardian Liberty Voice, Where Education Is the Only Thing That Matters 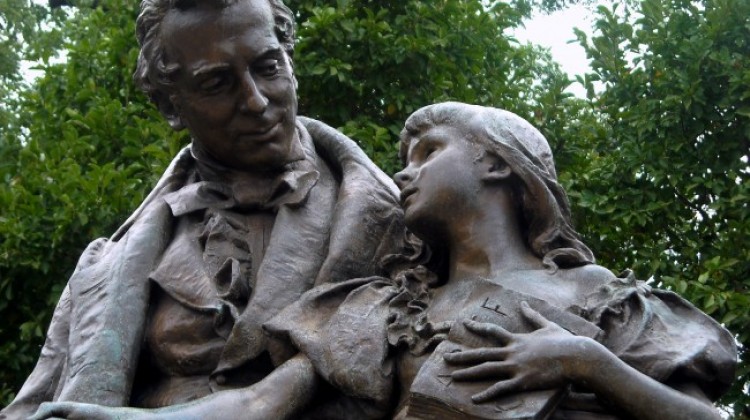 The overview essay that follows this prelude was not intended to be a sales pitch, albeit I am interested in marketing something. I simply do not want to insult institution leaders, campus professors, and students by presenting one argument while all along masking a hidden agenda until that optimum moment to close the deal conveniently arrives. What this report and this overview is meant to be is an experimental exercise that holds as its primary interest my desire to pull together and present the beneficial advantages and usefulness inherent in the invention being laid out for consideration. Let me plainly spell out my intentions so that I am clear about my primary agenda. I want you to specifically know the purpose of the invention. Once its purpose is understood, the next logical question to ask: Does its purpose have a value that rises to a high enough level that it will likely attract the interest of education institutions, educators, and those that desire to learn? In other words, does this invention interest you? Pragmatically speaking, a 1,500-word overview essay, no matter how dense and well-written it may be, is an insufficient closing instrument and therefore incapable of engendering the kind of trust necessary to close the deal, especially with a respectable institution or members of academia, students and professors alike. Therefore, I contend that only a complete visual presentation and demonstration of the invention’s working parts, functioning in real time, can provide the concrete evidence necessary for making an informed decision. This is the reasonable purpose and intent of the written overview that follows. It is my hope that this overview will capture both imagination and curiosity to the extent that you are compelled to hear more.

In 1949, the Los Angeles Herald and Express editor, Bud Furillo, had a conversation with UCLA College Hall of Fame football coach, “Red” Sanders. According to Furillo’s unpublished memoirs, Sanders first uttered the famous quote, “Winning isn’t everything; it’s the only thing,” following his team’s loss to USC that year. This was 10 years before Vince Lombardi was identified as having used the quote. In recent years, I have come to realize that the Sanders quote has significantly influenced and shaped what one might call a fanatical desire to overcome my own reading and writing disabilities.

From grade school through my early college years, I failed at countless attempts to grasp and comprehend stories I badly wanted to understand. As I recall, it seemed as though I lacked the capacity to concentrate on the words and messages found in books that are central to the formation of stories of fantasy, drama, fable, legend, history, myth, and romance. I was enamored with both stories and storytelling, which seemed to magically convey events and ideas incomprehensible to the non-reader. And yet, I was unable to acquire enough understanding to imitate the practice. Since imitation has long been identified as indispensable to the process of learning, I grew ever more fearful that my condition was irreversible. According to Aristotle, “we learn (with great pleasure) through imitating others and that our instinct to enjoy works of imitation is an inborn instinct.” Nevertheless, I remained impervious to the reading and writing learning methods practiced in America’s public schools. Though my appetite to succeed at the noble profession increased, obtaining the required skills grew evermore elusive. Subsequently, I was consumed by a constant fear of not succeeding in the only thing that really mattered to me – education.

Confidence: The Will to Succeed

As I reflect upon those daunting late teen years, I remember escaping, for a while, into the wonderfully innocent world of music and poetry. These artistic endeavors gave me a renewed interest in understanding the world, God, and my own raison d’etre. Once I applied myself to the study of music and poetry, I soon noticed a dramatic improvement in my ability to succeed in learning something new. The experience was intoxicating. As my teenage years neared their close, I had already authored a measurable body of self-reflective poems. My music education proved to be another confidence-builder as it strengthened my will and determination to learn, appreciate, and love the education process. Before long, I was performing Bach inventions and playing Beethoven sonatas on piano without the slightest detection of error. I became confident in my newfound ability to grasp the complex language of musical notation. Though I was winning, I still had not successfully decoded the mystery of reading and writing.

I turned 39 years old in 1995. Though I had overcome some of the barriers responsible for obfuscating my untapped intellectual potential, my reading and writing skills were still superficial at best. I was nevertheless hopeful after coming across an opportunity to pursue a bachelor’s degree on government loans and scholarships. The opportunity presented itself during a time in which I had begun cultivating an unquenchable interest in spiritual truths. I regarded university enrollment at such a late stage in life as a promising transformational opportunity that could likely unlock the prison doors that had left me intellectually impotent. It was a promise of freedom that I could not pass up. In 1996, I became a freshman at California State University in the city of Northridge.

In 2001, I received a master’s degree with distinction from CSUN. In that same year, I was accepted into a doctoral program at Claremont Graduate University that included a comprehensive scholarship which paid 100 percent of my tuition. While attending the grad school, I began teaching Ancient and American History at College of the Canyons and Citrus College. In 2004, I accepted a General Manager position to run the BB King’s Blues Club located near Universal Studios. I had already spent my early non-academic years fashioning and cultivating social media marketing – long before it became the indispensable marketing force that it is today. During my association with the BB King franchise, I developed sound, effective, and wildly successful marketing campaigns that distinguished my team and venue as the number one tenant among literally dozens of other City Walk businesses. Additionally, I continued to teach at community colleges while also keeping up my studies at Claremont. And as if that was not enough, I gradually developed a serious interest in educating myself about all facets of Internet marketing. By immersing myself in the study of Php, HTML5, and CSS, I became a competent website builder and webmaster, setting the stage for the formation of Guardian Liberty Voice (GLV) and Frackle Media.

The Invention: The Liberty Voice Story

Liberty Voice is perhaps a rarity among the Internet’s growing presence of news services. Established as an online newspaper in February of 2012, the publication rapidly ascended to become a top-100 news site by the close of 2013. In 2014, the publication maintained an average of 7 million page views per month and managed to attract 5 million unique visitors per month. The publication’s proprietary SEO Boot-Camp Program for writers alongside aggressive marketing campaigns provided unfettered freedom, which was used to design a unique production system called “Content Automation Supply Hub (CASH).” The CASH system paved the way for Guardian Liberty Voice to enjoy revenue which at times reached $80,000.00 in a given month. While enjoying this newfound success, I managed to build a comprehensive education platform along with a dozen supportive educational tools and applications called GLV News Suite. With the CASH System and the GLV News Suite, Guardian Liberty Voice has constructed an important education platform that promises to manage, intern, facilitate, educate, mentor, and reward students from Grade 5 through the first year of college. These three programs are designed to function both separately and in combination as they offer educational institutions a unique marketing process that can easily out-produce today’s college recruitment models at a fraction of the cost. Even college professors and secondary school educators will find the GLV News Suite indispensable when it comes to publicizing their own published works as well as events that facilitate sales and promotions. Moreover, individual educators might be surprised to learn that the GLV Suite is equipped with several powerful grading and learning tools designed to enhance the acquisition of knowledge, especially for those problem students who are particularly challenged when it comes to reading and writing assignments. In addition, GLV’s CASH System introduces a new and innovative technological process that can produce sizable amounts of high quality online content at a cost well below today’s market prices. This feature is guaranteed to exponentially draw qualified candidates to make inquiries to graduate and undergraduate programs alike.

Finally, in keeping with the tenet that education is the only thing that matters, Guardian Liberty Voice has developed an exceptional free tool specifically for the college freshman interested in maintaining a respectable GPA. The GLV CASH System combines both automation and hands-on work that can provide students with a glimpse of the grade they will likely receive on take-home essays and term papers. Since the service is 100 percent free, a student can direct their GLV representative to include the necessary corrections before returning the finished product to the student.

We like to think of ourselves as boldly inclusive, quintessential education pioneers with our sights ever fixed upon improving the quality of life for members of a world community who yearn to satisfy intellectual curiosity that is bursting at the seams. We believe that the right to education is a right that must never be denied. In summary, lest we forget our augmentation of Coach Sanders’ inspirational remarks, I would pose an alternate redaction. We agree that “winning is not everything,” but it is education that is the only thing that matters, especially when objectively seeking freedom of thought. Inclusivity therefore serves the greater good because it promotes freedom and rejects the exclusion of others. That is why education is the only thing that matters; the only thing that matters for all of us who value the human race.

Universities, colleges, professors, secondary educators and college students can request a demonstration of any or all of our educational programs and applications.