September 3, 2017 by Cathy Milne No Comments 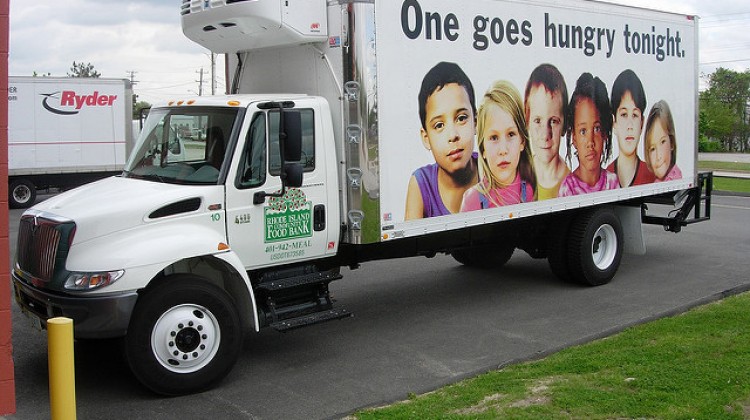 The number of people who live with hunger in the United States is astounding. Nearly 46 million, or 1 in 7, Americans depend on the services provided by food banks. Still, millions go to bed every night without a meal and not know if they will eat tomorrow.

Food insecurity is difficult to detect. Most people presume that a homeless person probably does not have enough food. However, no one can see into the kitchens of private residences.

The number children registered with the National School Lunch Program may offer some insight into the invisible-hunger crisis. Because they qualify for either free or reduced fee meals, nearly 31 million elementary and secondary youngsters were able to eat Monday-Friday.

The breakdown of this population includes kids who are homeless and those whose families are on the Supplemental Nutrition Assistance Program (SNAP). A portion of the kids come from households that tetter on the edge of poverty. They are only one meal away from not having food.

The Food Stamp program began as early as 1939 but it was not until 1964 that it became permanent. The program officially changed its name and began using the acronym SNAP in 1984. Statistics from the USDA reported that after six months on the program a household’s food insecurity was reduced by 10 percent.

In July 2017, 42.6 million Americans participated in SNAP, which represents a decrease of 1.4 million the year before, according to Newsweek. The number of households using the government assistance fluctuates as does the economy.

None of these programs are able to meet all of the needs of their recipients. This is when food banks come into the picture. In fact, in 2008, there was an increase of 28.6-37.7 percent in requests for food assistance, according to Feeding America’s survey results. Further reports from the agency indicate that:

Generally one thinks of those who use food banks as people who are underemployed, on welfare, or homeless. Unfortunately, military families also need the services of pantries. Approximately 25 percent of those who serve America, or over 600,000 households suffer from food shortages, according to USA Today on August 17, 2014.

The Feeding America program supports over 60,000 different agencies, of which 66 percent are food banks, 41 percent are kitchen programs, and 11 percent are homeless shelters. None of these have paid staff members, they are operated by volunteers.

In order to increase awareness of this crisis, there are websites dedicated to providing information, seeking donations, and asking for volunteers for food banks. One organization has taken a different approach. The Registrar at National Day Calendar proclaimed National Food Bank Day was to be observed annually on the first Friday of September beginning in 2017.

The nationwide food bank network managed by Feeding America has helped fight against the hunger crisis since the early 1980s. However, the initial concept was the brain child of John van Hengel 20 years earlier.

While volunteering at a soup kitchen in Arizona, he had difficulty finding food. He met a woman who regularly rummaged through trash bins behind grocery stores. During their discussion, she mentioned that it was a shame there was no central location for stores to donate the food for hungry people instead of throwing it out. She explained it could be similar to how banks save money for the future. After that conversation came the birth of this necessary industry — food banks.

Van Hengel established St. Mary’s Food Bank in Pheonix. He and his volunteers supplied 275,000 pounds of food to needy people in the first year they operated the service was open.

Since the first food bank was created, individual states followed suit. They founded programs, food banks, and pantries that feed families, children, seniors, the disabled, and veterans. These services and their clientele depend on corporate grants, federal funds, and donations. However, they could not function without volunteers who spend their valuable time to help out those suffering from hunger and food insecurity.