November 14, 2017 by Jeanette Smith No Comments 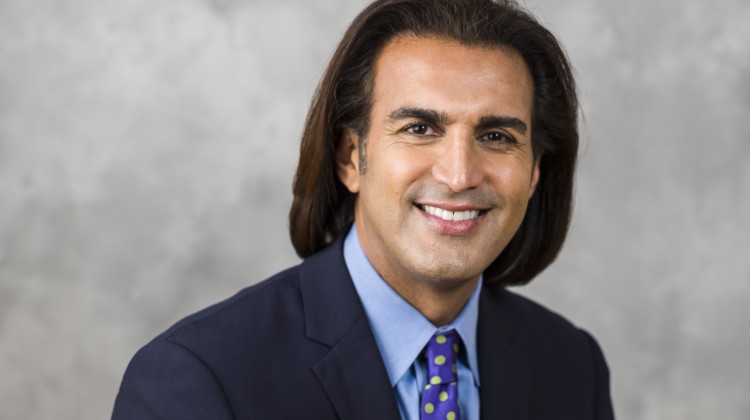 Dr. Sandeep Kapoor was one of Anna Nicole Smith’s doctors when she died, on Feb. 8, 2007. The doctor was tried on six felony counts because it was believed he prescribed the medication she used to overdose. He wrote a book telling his story: “TRUST ME, I’M A DOCTOR-My Life Before, During and After Anna Nicole Smith,” published on Aug. 28, 2017.

GLV: Why write/release “TRUST ME I’M A DOCTOR-My Life Before, During and After Anna Nicole Smith” now?

Kapoor: It had been almost 10 years since Anna Nicole Smith’s death and the subsequent trial, and I felt it was time to put together my journals and tell my story.

It was emotionally cathartic to re-read those journals and realize the scope of what I endured and what I overcame – I’ve rebuilt my practice, and I feel even more authentic as a person.

The memoir portions of “Trust Me, I’m a Doctor” are raw, unedited and give a frank account of my life as I’ve experienced it – growing up as an immigrant, coming out of the closet, accepting myself as a whole, imperfect human being.

Personally, I’d recovered from being shell-shocked and was finally able to be authentic. Professionally, I wanted to tell my story as a doctor who still takes care of chronic pain patients. I think this is especially important in light of the current opioid epidemic.

In the past 10 years, the epidemic has grown exponentially worse despite the government’s attempts to curb the writing and filling of opioid prescriptions.
My feeling is that we are missing a lot of pieces of the puzzle – there must be other root causes of this epidemic, and I’d like to be part of the solution.

Too many people are dying from the ravages of opioid abuse. We have to help those who are suffering from addiction without neglecting those who legitimately bear the burden of chronic pain.

GLV: Do you think wearing the “Trust Me, I’m a Doctor” T-shirt at the Gay Pride Parade drew more public attention to the fact you were Anna Nicole Smith’s doctor, thus, prompting the investigation into you?

Someone had given me that T-shirt years earlier, and it just seemed as if I’d finally found the perfect occasion to wear it.

Was I bragging that I was her doctor? Probably. My ego was in complete overdrive that day. As it turned out, it was a hot day in Los Angeles, and it was the Gay Pride parade, after all, so I shucked off that shirt and lost it. I never saw it again, but unbeknownst to me, it was too late, and incriminating photos had already been taken.

Part of the reason I called the book “Trust Me, I’m a Doctor” was that I wanted to point out what an egotistical, self-serving move that whole event was for me. But a more important reason was that I really believe in the importance of mutual trust between a doctor and a patient. I’m proud of the fact that my patients can trust me.

GLV: You were in the center of a high-energy event, and you were there as Anna’s guest, not her doctor. Were you thinking of yourself as her doctor?

Kapoor: The Gay Pride event is always very high-energy. Anna asked me to ride with her on the Project Angel Food float.

Project Angel Food delivers hot meals to victims of HIV, and I’d been a supporter of theirs for years.

So, yes, due to Anna’s celebrity, I was also a center of attention. Anna had pulled me aside that morning and told me that she had no friends, that everyone around her worked for her in some capacity – “bodyguards, lawyers, photographers, and yes, doctors.”

I told her I was taking off my “doctor hat” and being her friend for that special occasion. Little did I know how far that would go, and I certainly wasn’t performing the duties of her medical professional on that fateful day.

GLV: When you wrote in your journal, “I was making out with Anna my patient – blurring the lines. I give her Methadone, Valium. Can she ruin me?” You were writing all your emotions: before, during, and after the parade, and the next morning filled with new emotions. Did “Can she ruin me?” mean professionally?

Kapoor: When I wrote that passage in my journal, I was writing emotionally and coming out of an alcohol- and adrenaline-infused day like none other I’ve ever experienced, before or since.

This one page of writing, out of the eight hundred pages, from my journals was a huge piece of the prosecution’s case against me, so in hindsight, I guess it was somewhat prophetic.

GLV: Do you still keep a journal? Do you write in it as freely or are you cautious?

Kapoor: Yes, I still keep a journal, although I’m too busy to write as frequently as I once did. I have let go of my apprehension about speaking the truth. My writings reflect that now, and they always will.

I speak and write from the heart, so I suppose I still throw caution to the wind as much as I ever did. That won’t change, and believe it or not, even now, I don’t regret it.

GLV: How did you decide which events of your personal background to share?

Kapoor: I chose events that helped shape my evolution as a doctor and healer.

I truly believe that it was in my soul, maybe even my destiny, to become a physician. I wanted to share how important my family has always been in supporting me and inspiring me to become a doctor.

I also have a keen sense of humor and included some events that have kept my life from becoming dark and grim.

People who read the book tell me that they felt an array of emotions as my story progressed – they laughed, they cried, they were angry, they were incredulous, and they felt the pain I went through during the most trying time of my life.

It’s a great compliment that I was able to not just report it all but really share it as well.

GLV: How did the investigation with the California Medical Board end?

Kapoor: You’ll have to wait and see. Believe me, there’s a reason I ended my first book with the words “to be continued.” I’ve started working on the sequel, the same combination of journals and memoir as this book; the same raw, true, no-holds-barred approach. The tentative title of my second book is “Trust Me, I’m Still a Doctor,” and I feel safe in promising that you won’t be disappointed.