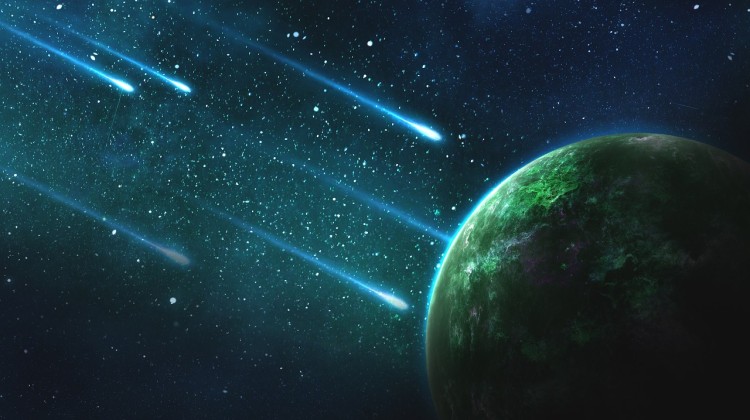 NASA hosted a teleconference on Wednesday, June 20, 2018, at 1 p.m. ET. The teleconference was held to discuss the details of the  proposals for the Near-Earth Objects (NEO) that could create a concern or danger for Earth. Currently, no NEOs are a serious impact risk; however, the information is an important step to determine a nationwide response for any possible risks.

On June 20, 2018, the White House Office of Science and Technology Policy released a report titled, “The National Near-Earth Object Preparedness Strategy and Action Plan.” The document provides steps the Federal Emergency Management Agency (FEMA) and NASA will implement within the next 10 years to avoid unsafe asteroids from hitting Earth and prepare the United States for the possible outcome of an event.

“An asteroid impact is one of the possible scenarios that we must be prepared for,” stated Leviticus Lewis, chief of FEMA’s National Response Coordination Branch, during the teleconference. He added that a catastrophic asteroid strike is “a low-probability but high-consequence event” for which “some degree of preparedness is necessary,” according Space.com.

The plan is a summary to boost the search for dangerous asteroids as well to better anticipate the possibility of an asteroid impact threat in the future. The summary will also help predict the effects on Earth in case of an event.

NASA’s planetary defense officer Lindley Jonhson stated that the plan will aid NASA in enhancing their attempts of possible asteroid deflection as well as other relief ideas. It will also better formalize the development and procedures for dissemination of better information that is accessible, so choices can be made in a timely manner within the United States government.

Shielding Earth from an approaching asteroid is an important job. Do not think astronauts will do it. “That’s something relegated to the movies — it makes a good movie, but we do not see in our studies any technique that would require the involvement of astronauts,” Johnson said. He also stated that NASA’s planned asteroid-deflection approach will be done through a robotic spacecraft.

Five Ideas That Help Brace for an Asteroid

The new plan lists five major intentions. The first one states that NASA is directed to start a new endeavor to boost the nation’s capacities for tracking, characterizing, and detecting near-Earth asteroids to lessen ongoing levels of uncertainty and help find more definite modeling as well as more competent decision-making.

NASA supports numerous ground-based lookouts that monitor the skies for asteroids. Some of the supports include the Pan-STARS1 telescope in Maui; The Catalina Sky Survey in Tucson, Arizona; and the NEOWISE space telescope. The new statement does not ask NASA scientists to begin working out a plan for further tasks; however, it does ask that NASA identifies the opportunities in current and planned telescope programs to strengthen tracking and detection by boosting the quality and volume of existing data streams.

The second objective mentioned in the plan talks about the growth of prediction, information integration, and modeling across agencies in the United States to aid in predicting the chance of an asteroid hitting Earth and determining precisely where and when an incoming asteroid may strike. This information would be used to help emergency-management teams, such as FEMA, determine the best action when bracing for an asteroid strike, as well as handling the impact consequences after the event occurs.

In the third item of the plan, NASA is asked to figure out new ways to block an asteroid that is coming toward the planet. This step will involve creating new technology for quick response NEO reconnaissance tasks in which a spacecraft can launch into an Earth-bound space rock and try to make it change course to avoid the posed threat. In 2021, NASA had a plan to try this with the Asteroid Redirect Mission, but the administration of Donald Trump removed that organization in 2017.

According to Space.com, “The agency’s Double Asteroid Redirection Test (DART), expected to launch in 2021, will be our first technology demonstration of the kinetic impact technique to deflect an asteroid,” Johnson said, “and it will encounter the asteroid system Didymos in 2022.”

The main point of the fourth objective in the report is to raise international cooperation to help prepare the world for the likeliness of a space rock strike under U.S. leadership. “This kind of cooperation is really important,” said Aaron Miles, a senior policy advisor with the Technology Policy and the White House Office of Science.

According to Aaron Miles, “It’s a global hazard that we all face together, and the best way to approach and address that hazard is cooperatively.”

“To help the rest of the world be prepared for an asteroid strike,” NASA’s Planetary Defense Coordination Office is working with the United Nations Committee on the Peaceful Uses of Outer Space to “look at what should be the international response to the NEO hazard,” Johnson said. “This committee created the International Asteroid Warning Network (IAWN) — a group of asteroid-tracking astronomers and observatories around the world — to help facilitate the sharing of observations and other useful data about NEOs,” according to Space.com.

The fifth and final item in the file states, the U.S. government is supposed to create a plan that would take course if a big asteroid were seen coming toward the planet, or if an asteroid were to plummet into Earth without warning. Since 2010, FEMA and NASA have been working together on emergency actions for asteroid crash impacts. The new report calls for NASA and the FEMA to enhance, and regularly exercise NEO impact emergency actions as well as action protocols.

FEMA’s part during a space rock emergency would require notifying people who may be affected before the incident occurs. They will use the same emergency-alert system that is already set up to notify people about Amber Alerts and weather emergencies. The agency would dispatch emergency responders and aid with the recuperation process.