September 1, 2018 by Jeanette Smith No Comments 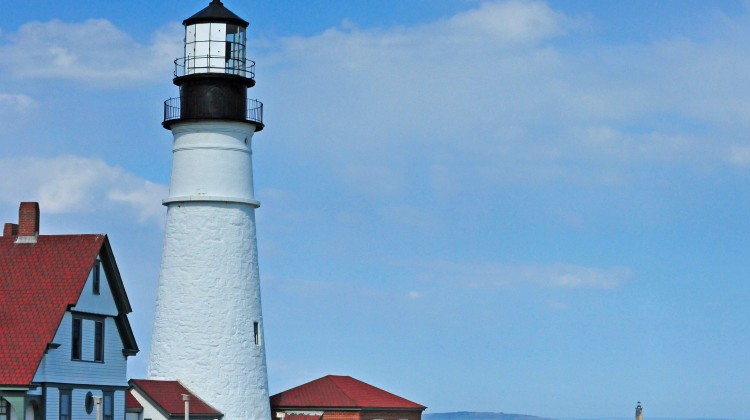 Surface temperatures in some parts of the gulf rose to nearly 11 degrees warmer than normal.

Andrew Pershing, chief scientific officer at the Gulf of Maine Research Institute, said researchers are surprised at how quickly the gulf waters are warming and that record temperatures have been reached. What is not surprising, however, is that the average weather conditions have been so warm. Maine has been having heat waves every year, and in some years, it has been almost every day.

This summer, Maine has set 10 daily temperature records, and that is after setting 18 records this winter, according to Pershing. The institute “had to add new colors to our temperature illustrations to reflect just how warm the Gulf of Maine has been this year.”

The satellite data dates back to 1981. It came from the National Oceanic and Atmospheric Administration and NASA. The temperatures reflect the average conditions over 80,447 square miles and one meter below the surface. So far this year, surface temperatures are the third-highest after 2012 and 2016.

There has been a rise in concern about marine heat waves in recent years; in the wake of the widespread bleaching and coral deaths caused by similar events in the tropical belt.

The warmer waters may also affect sea life in Maine. However, there have not been any studies to know the extent yet. Butterfish and squid that like warm water, could migrate further north from their Mid-Atlantic habitats. This could possibly cause problems for puffins that feed by diving into the water. Additionally, the quality of plankton and shrimp, which prefer the colder waters, could drop. Right whales, normally feed in the Bay of Fundy, will remain further north in the Gulf of St. Lawrence, there the prey could be more plentiful.

According to Pershing, a warm mass of water was sitting 40 miles offshore, east of Cape Cod and south of Nova Scotia. The warm mass is a “dark blob” on satellite maps and it has stalled in that area, blocking colder, less salty water that could have come down from Canada and the Arctic.

Scientists believe that the marine heat wave could be the result of “weakening” ocean currents – known as the Atlantic Meridional Overturning Circulation – that carries warm water north along the east coast, Pershing said.

To get a heat wave, certain things have to come together: the background conditions are set by the unusual changes in circulation in the North Atlantic. Add to that really warm conditions in the northeast and July and August and a heat wave is produced.

All but 40 days of this year have reached the heat wave threshold with temperatures rising above the 90th percentile for the period going back to 1982.

Beyond the Satellite Data

David Townsend is a professor of oceanography at the University of Maine. He cautioned against relying heavily on satellite data. He has performed his own study of salinity, nutrients, and temperature based on measurements from buoys in the gulf, which shows a greater fluctuation than Pershing’s satellite findings. Both of the fluctuations are tied indirectly with global warming and changes in ocean currents.

According to Townsend, his data indicates a probable slowing of the Gulf Stream and a quickening of the melting Arctic ice. This results in strange things happening in the Gulf of Maine.

Scientist are conducting a new study that is in line with a study conducted earlier this year by scientists in Canada. They discovered record-high temperatures in April in the deep water that flows into the main entrance to the gulf. Normally, a current flows into the Gulf of Maine through a deep water passage that lies between the Georges and Browns banks. According to researchers, the waters exceeded temperatures of 57 degrees at depths of 150 to 450 feet – this is nearly 11 degrees warmer than normal for that time of year.

Sea Life in the Gulf of Maine

Some of the animals in the Gulf of Maine are adapting to the warmer waters. Through early summer, it looked like the temperatures would fall within historical norms. However, in July the temperatures began to rise, according to Pershing.

We were watching in early August as the temperature started to hit levels we’ve never seen before for that time of year. And we actually hit temperatures that were very close to setting an all-time record for the Gulf of Maine.

The high-water temperatures this year caused some species to come to Maine that are usually found farther south, such as squid, black sea bass, and butterfish. This year there have been significantly less herring, limiting fishing quotas for the traditional lobster trap bait. It is making things difficult for species that are herring-dependent, such as puffins.

Linda Welch, a refuge biologist with the Maine Coastal Islands National Wildlife Refuge, who stated that seabirds were having difficulty in July finding food to feed their babies. “We see ten chicks dying, and lot of the puffin chicks were losing weight and weren’t developing as the normally should.” However, more recently, the chicks seem to be improving.

Steven Kress, the leader of the Audubon Society’s Project Puffin, says that adult birds are responding to the changes in the water. The seabirds are prospecting for prey among the newer species, including squid. They are also increasing the number of times they feed their young, from roughly three times a day to up to 19. Additionally, the chick-rearing season has been extended, allowing them more time to gain weight.

Kress says, “The season isn’t over until it’s over.”

The Gulf of Maine is one of the fastest-warming bodies of saltwater in the world, and as scientists put it, “warm equals weird.”

Kohl Kanwit monitors algal blooms for Maine’s Department of Marine Resources. He says that species that have never before been observed in Maine waters have arrived and they are thriving.

Yes, yes. I mean Karenia mikimotoi was never documented in the Gulf of Maine prior to two years ago. That’s a recent problem I would say has a lot to do with temperature.

According to Pershing, this decade marks a new era of repeated marine heatwaves in the gulf. He credits a combination of factors, including the general warming of the planet, with all the water acting as a heat sink. Additionally, the satellite data shows some specific phenomena: the Greenland ice-pack is melting, disturbing usual patterns in the North-Atlantic current, while a blob of warm water is coursing into a deep-water channel on the gulf’s eastern side.

“This kind of mushroom-shaped blob of really, really warm water, and it comes and goes in pulses. But that warm water has been there, and when we that warm water king of piling up in that region, those are often the years where we get set up for these really extreme temperatures,” says Pershing.

The Washington Post: An ocean ‘heat wave’ just drove temperatures off Maine to near-record highs
Maine Public: Animals Are Trying To Adapt To The Gulf Of Maine’s ‘Marine Heatwave’