September 8, 2018 by Jeanette Smith No Comments 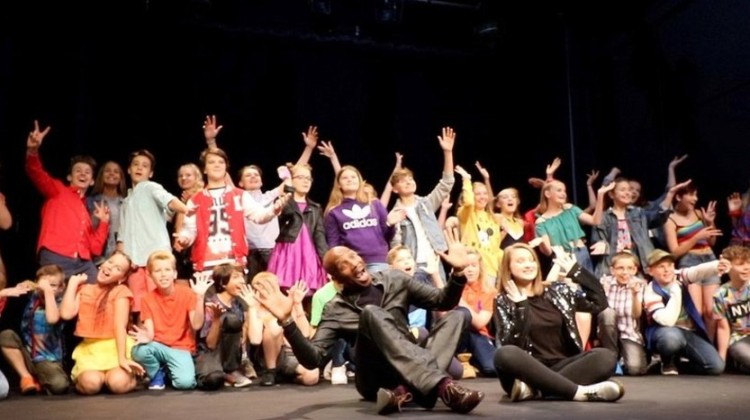 Currently, most 13-year-olds are making the news in England for self-harming, bullying, and other forms of violence, but one 13-year-old, Phoebe Austin, has been making the news and is the most talked about young teen for all the right reasons.

Austin has been on the radar in Sudbury since she was 7 years old. That is when she picked up the guitar and began to sing. Instantly, she was winning local awards and becoming a regular at any open mic event available in her area.

Her rise to becoming a 13-year-old artist and singing prodigy, that has got all of England buzzing, has not been a quick one given when she started. It is, however, inspiring.

Talent is one thing, but applying hard work, dedication, and focus to it and it becomes something really special. Finding these attributes in young teenagers is nearly impossible and finding them in young teens who are not constantly pushed by their parents, is unheard of! Phoebe Austin is one of those special teens who found her mojo very young and needed no pushing to dedicate her entire life to her craft.

It was only a matter of time before someone realized the potential in Austin, and that time came when she signed with Stevie Eagle E and Shlepp Entertainment, the global entertainment and record company that has spawned phenomenon like Ayi Jihu and created history in the music industry and beyond. Within a few months of signing, Austin hit the headlines and has predominately remained there. She has sparked a huge interest in her generation, whom she represents as well as the parents of those young people. Phoebe Austin stands for all the right things.

Television, news, and social media have created a frenzy that has followed Austin, and it is growing quickly. She is the most talked about 13-year-old in England, without huge social media numbers or hype.

Austin may be 13 years old, but she is “old school.” She hardly uses social media simply because she spends all her time writing, creating, learning, and fine-tuning her craft. Her buzz is all the more real because it is being created by word-of-mouth from street to street. As Austin reaches millions on TV, radio, and throughout social media, she remains as focused as she has been since she was 7 years old. Phoebe is all about the music.

She was dubbed the “Sudbury Diva” simply because, like all divas, Austin knows exactly what she wants and what she is trying to achieve. Her true love and desire is to create and perform her music. She wants to use that music to help people understand one another and communicate better. Especially young teens like herself and their parents. Too many parents just do not know what is truly going on in the minds of their own children.

Phoebe Austin’s impact has not gone unnoticed around the world. She has hit the news globally with articles in the news in the United States and now a Chicago-based school, that specializes in finding and training young journalists, has taken a special interest in the Phoebe Austin story. There are several students who wish to follow and document the story of the 13-year-old from Sudbury in Suffolk. These are young people from the harsh downtown streets of Chicago, who have found something in common with a kid from the leafy, quiet county of Suffolk through Phoebe Austin.

Phoebe Austin is destined to go far. No on can say where her journey will take her, but everyone has great expectations for her. Right now Austin in back in school with millions of other young people around the U.K. Despite being the most talked about 13-year-old in England, one thing is for sure: Phoebe Austin will be the same kid she was at 7 years old: focused, dedicated, and committed to her music and her craft.

Global News Ink: THE MOST TALKED ABOUT 13-YEAR-OLD IN ENGLAND – PHOEBE AUSTIN