November 18, 2018 by Jeanette Smith No Comments 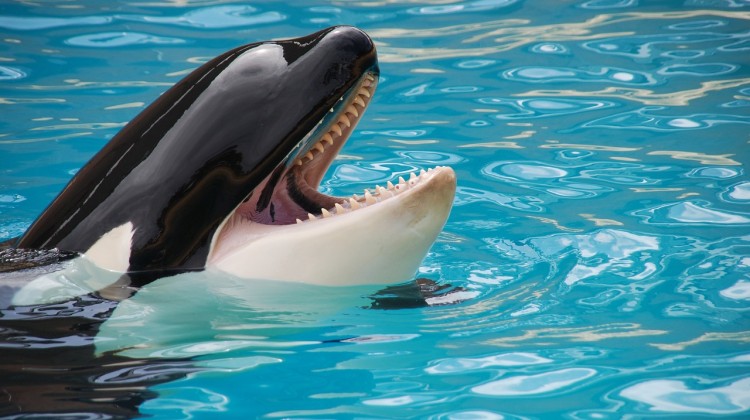 The orca (Orcinus orca), or the killer whale, has the second largest brain among all marine mammals.

Orcas have their own local dialects, they coordinate with one another to break up into sophisticated hunting teams, they teach each other specialized methods of hunting, and pass on behaviors for up to generations. These extremely smart creatures are also socially savvy. Additionally, according to a new study, “orcas display distinct personality traits such as playfulness, cheerfulness, and affection, akin to chimps or even humans.”

Twenty-four captive orcas were assessed at SeaWorld Orlando, SeaWorld San Diego, and the Loro Parque zoo in Tenerife, Spain. Trainers and other staff who have worked closely with the orcas had to complete surveys that ranked each animal on a list of 38 personality traits. Each orca’s traits were analyzed and compared with previous studies of the same personality traits for chimpanzees and humans.

Lead researcher on this study was Yulán Úbeda, who is a doctoral student of psychology at the University of Girona in Spain, stated that these similar personality traits could have developed because they were necessary to from complex social interactions in tight-knit groups seen in killer whales, humans, and other primates.

Orcas live in tightly knit social groups called pods. Individual killer whales hunt together, share food, and communicate in a sophisticated language. Orcas are a species of dolphin found in all oceans: from the Arctic and Antarctic regions to the tropical seas. Killer whales can also imitate the sounds of other animals, such as bottlenose dolphins, sea lions, and humans.

The fact that orcas have personality is best illustrated by the case of a 20-year-old orca called Tehlequah. She began pushing her dead newborn calf off the coast of Vancouver Island. She was grieving. She kept her calf afloat for 17 days while she swam hundreds of miles. Other members of Tehlequah’s pod tried to come to her aid, even though it hurt the pod’s ability to hunt. Her behavior was recorded in July and the story gained international news coverage.

Researchers are not sure of orcas can really feel grief. It is a complex emotion that is difficult to gauge It may be present in species that live in close-knit groups, such as orcas, elephants, chimpanzees, and giraffes.

Úbeda said, “Some previous studies suggest that the mother’s contact with the lifeless body could be important for the mother to make a psychological adjustment to the death of her offspring. In any case, those behaviors show how complex these animals are.”

The current study shows that the personality traits of orcas and primates evolved independently of each other. It is a byproduct of the advanced cognitive abilities required for complex social interaction. It is essentially convergent evolution in action. The study was only performed on captive orcas. These killer whales have altered personalities, such as aggression and neuroticism.