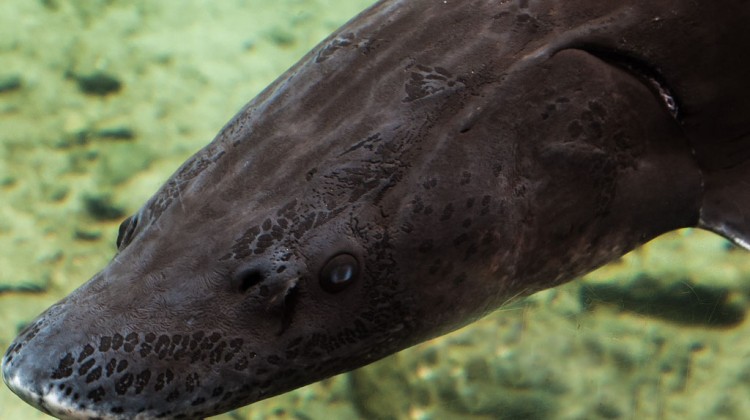 Scientists in Hungaria say they accidentally breed what they call a Sturddlefish. The new breed is from the American Paddlefifh and Russian Sturgeon.

According to USA TODAY, “Researchers were trying to produce sturgeon offspring through gynogenesis, a system of asexual production that requires the presence of sperm but not the actual contribution of paternal DNA.” This hypothesis comes from the study published in the journal Genes. Researchers used paddlefish sperm on the negative control group when it shockingly fertilized the sturgeon eggs.

The Russian sturgeon eats other fish in many areas over the world. The American Paddlefish has a long snout surrounded by thousands of sensory receptors. The researches who also experiments with the genes of animals (and people) say that mixing the eggs from the unique fishes was not done on purpose.

Ecologist like one at Nicholls State University in Louisiana said he was surprised by what he had seen. “I did a double-take when I saw it, I just didn’t believe it.” Never in his life could he have imagined it would ever be possible.

In a lab where the scientist experiment with many animals genetic makeup, how can they mix the eggs of two fish on accident? There was no reason behind how the accident was done, people were just told that a mistake happened.

Both of these fish whose eggs created a hybrid were also endangered. It can be a possibility that there were so many experiments on the endangered fish that many died in the process. But there was not any mention of how many times they have conducted these experiments.

As stated in The New York Times, “Sturgeons and paddlefish are among the largest, longest-living, slowest-growing freshwater fish on Earth. They are also among the most endangered.” The paddlefish is the only such species that remain in existence after a Chinese species was declared extinct. Sturgeon are “more critically endangered than any other group of species,” according to the International Union for the Conservation of Nature.”

Pollution has played a big part in the extinction of these endangered fish. For many years the conditions of small and large bodies of water have not gotten cleaner. It is said that last year the researches say that they wanted to introduce gynogenesis. This is when there is a sperm produced from an artificial part of DNA to make Sturddlefish.

A Docter than gave his thoughts on the intentions of their experiments, “We never wanted to play around with hybridization.” He never thought such a thing could occur. It is recorded to be about one hundred of the new hybrid Sturddlefish alive as of today.

Coincidentally, both fish are called fossil fish. Their last common ancestor was during the age of the dinosaurs. The Struddlefish can grow in many sizes and it is said that many if not most weigh now over six pounds.

These Sturddlefish can also be named as manmade hybrids. USA Today wrote on the data of the genetics they have collected.

“Balázs Kovács, an aquaculture geneticist at Szent István University who worked on the study, added that researchers hope to conduct more genetic analysis on the fish to provide insight into their evolution and useful data for conservation genetics. They also hope to determine if the fish are sterile like other manmade hybrids.”