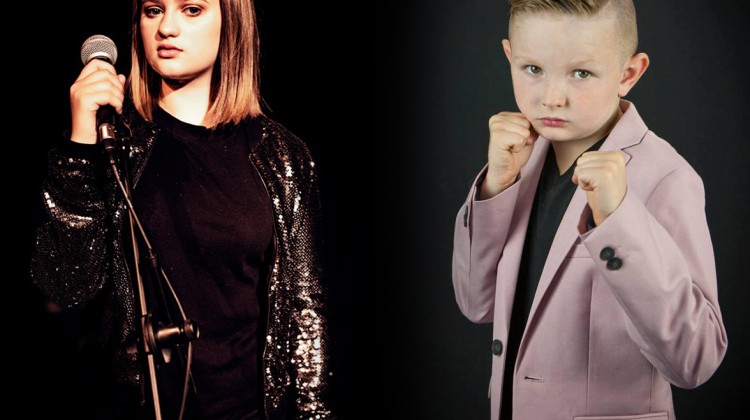 Perhaps that two most talked about youngsters in the U.K. right now are Phoebe Austin and Tyler Ford. They are both media child powerhouses in their own right. Teaming up with a combined age of 23 they will create the youngest power duo the U.K. has ever seen.

Ford is already a “Hall of Fame” martial artist with over 200 medals. Additionally, he is a nine-time world champion and a triple gold medalist in the world of Martial Arts Games. He will be receiving the BCA medal at Westminster Palace on Oct. 18, 2018. Courted by TV, radio, press, sponsors, and media, Ford is the next big thing in sports and entertainment.

Phoebe Austin has been singing, writing songs, playing music, and performing since she was 7 years old. She has won multiple competitions and awards. Austin has been recognized as a unique musical talent. Already, she has been comparted to fellow Suffolk native Ed Sheeran, she has been featured on television, radio, and in the press. Austin is about to release her debut single, “Thinking,” on Nov. 26 and was hailed as the most talked about teenager in the U.K.

Now, these two amazing and super-talented youngsters are getting together. Both Ford and Austin are managed by Brandon Q W McConnell, who partners with Stevie Eagle E and Shlepp Entertainment. Ford is making big moves into film and music. McConnell suggested Ford and Austin work together. He spoke with Stevie Eagle E about it and they agreed to put the two prodigies together and a friendship has blossomed.

Ford will be flying from Wales to support Austin at her exclusive single launch event on Nov. 26, in Sudbury. Additionally, Ford has invited Austin to support him when goes to Westminster Palace to receive his BCA medal on Oct. 18. Reportedly, Austin will link up with Ford after the event to congratulate him and show her support. He has already received personal letters from Prince Charles and the Prime Minister.

The entertainment industry has seen many power couples, such as Brangelina (Brad Pitt and Angelina Jollie), Posh and Becks, (Posh Spice and David Beckham), and now Beyoncé and Jay Z. Tyler Ford and Phoebe Austin will make the youngest entertainment power duo the industry has ever seen, who are not actually siblings.

Not too much is coming out of either camp on what Austin and Ford have planned but expect something big. So, as the youngest entertainment power duo get together the world will await on the news of what exactly these two amazing, talented kids will bring the world.