Extraterrestrials can be Exposed 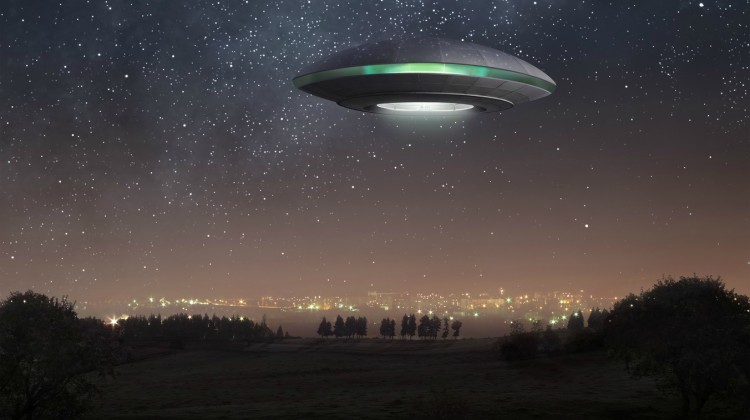 If you ever watched science fiction movies, or if you are as old as I am, read science fiction comic books, you have seen many of the author’s dreams become a reality. Space travel is a reality; man has been to the moon. Weapons using ‘light beams’ are now a reality; the Navy is currently testing laser weapons. Everyone carries ‘communicators’ with them with the ability to contact anyone in the world with the push of a few buttons. In the not too distant future we may find out that we are not alone; extraterrestrials can now be exposed with new technology.

A $10,000 device about the size of a book has been developed by the Swiss Federal Institute of Technology. The EPFL are calling it a ‘life detector.’ The cantilever design can be used to detect life forms on other planets. The European Space Agency and NASA have been contacted to see if they are interested in the use of the device to detect extraterrestrial life, attaching it to exploratory machines such as the Mars rover.

The device can collect as many as 500 bacteria on the end of its beam. If any of them are alive the motion will be registered on the device through laser technology. Movement is life.

Swiss scientists claim that the extremely sensitive device can easily be constructed using the existing technology of the atomic force microscope. This microscope uses the cantilever principle as it scans the surface and captures molecular information using laser technology. The ‘life detector’ can be used in multiple ways, specifically in the pharmaceutical industry; it is inexpensive and uses little battery power.

Tests conducted by EPFL included bacteria, yeast, living cells, water and soil. The motion detector signal was activated; when the cells were killed, the motion detector ceased to function. They claim the simplicity of operation using the device makes it nearly infallible. Extraterrestrial life could easily be exposed.

How could the pharmaceutical industry benefit from the ‘life detector?’ For example; live cancer cells could be placed on the cantilever. A new drug created to kill the cancer cells would then be attached to the cantilever. If the motion detector ceases to receive signals, research scientists can confirm that the cells died and the drug is effective.

Scientists have great interest regarding existing or past life on other planets. Before the initial spacecraft was launched speculation about extraterrestrial life incurred the curiosity of scientists and astronauts alike.

If this newly developed ‘life detector’ discovers live organisms these minute particles will confirm that a form of life presently exists on the planet, or at the very least existed sometime in the past.

For those of us who are science fiction geeks, it is an exciting development in the search for extraterrestrials. We have seen actual pictures from space; laser weapons are a reality; we have our communicators, and use them daily. Ever since I saw the 1951 movie, “The Day the Earth Stood Still,” with Michael Rennie and Patricia Neal, I was sure there was life ‘out there’ somewhere. Someday in the near future our curiosity may be satisfied. “Klaatu Borada Nicto.”