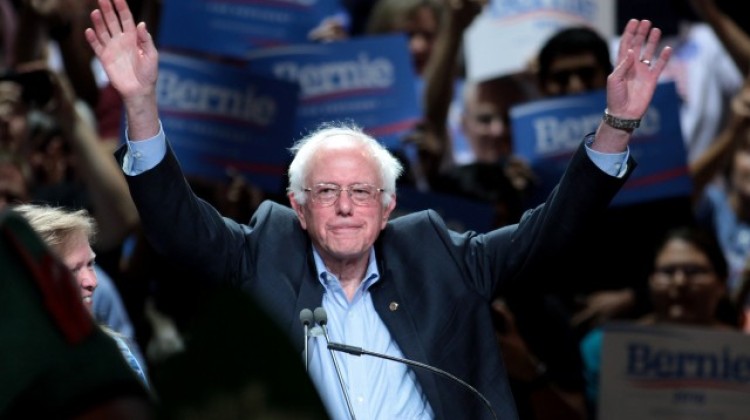 Sen. Bernie Sanders welcomed an enthusiastic crowd after it was announced he had won his home state of Vermont. It was an expected win for the 74-year-old senator, yet the crowd was nonetheless jubilant as Sanders gave a victory speech to his constituents, after taking Vermont in a landslide victory of 88 percent.

Although it was his own state, and his very first win of the evening, Sanders gave a speech that emulated the talking points he has always stuck by on the campaign trail, perhaps using the momentum of the win as a positive push for his campaign. A grassroots founded venture, made up of small donations, has notably raised over $41 million dollars online. This is more than any other candidate has ever raised. After Sanders won Vermont, CNN projected that he would be the winner in Oklahoma and Massachusetts as well, winning the states with 52 and 51 percent, in comparison to a percentage of 46 for Clinton.

Sanders has made a habit of sticking to a regular script, calling for a political revolution that has touched a chord with young, white liberals in particular. He consistently promises to reform a broken justice system, ending the political and financial corruption that is rife within the system. The Independent has been an outsider for much of the campaign trail, yet has been content to advocate for a complete and total revolution of the electoral game. CNN remarked that it was odd that he gave a victory speech after just winning his own state. They also acknowledged it was quite savvy psychologically, which gives Sanders a positive air.