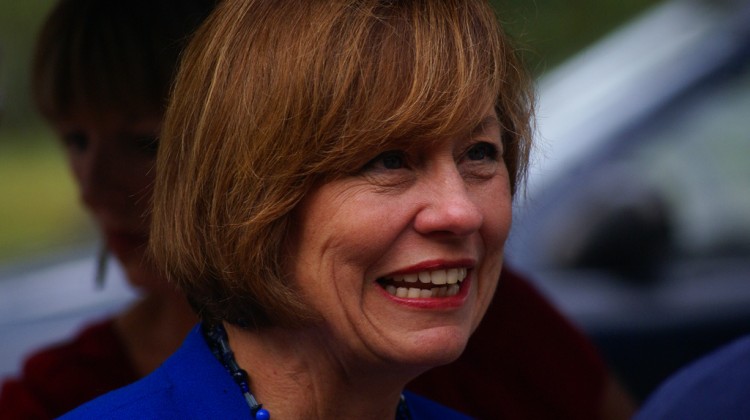 Sharron Angle is making an encore run for the same U.S. Senate seat she lost to Senator Harry Reid (D-NV) six years ago. The Nevada Secretary of State’s Office has confirmed that Angle filed her Declaration of Candidacy papers with the Carson City office as a Republican candidate for U.S. Senate. She joins eight other Republicans who have filed their intent to run for the retiring senator’s seat. Reid had announced in March 2015 that he would not seek re-election in 2016.

In 2010, Angle won the Republican primary but lost the General Election to Reid. Therefore, she is making her encore run for the same U.S. Senate seat she lost six years ago.

Angle currently serves as the president of the National Federation of Republican Assemblies (NFRA), which is a national conservative grassroots organization known as, “the Republican Wing of the Republican Party.” Additionally, she is the author of a book entitled, A New Angle for America. The totem answers the questions surrounding and lays out a vision for taking back the nation. Moreover, the Tea Party candidate has also written a variety of articles that have been published all over the United States. Furthermore, she has served as site coordinator for the Nevada Republican Caucus.

As Sharron Angle prepares to make an encore run for the U.S. Senate seat she lost six years ago to longtime Democratic leader Harry Reid, the Tea Party candidate is once again entering a crowded field for a much-coveted seat. However, with a little help from her friends, such as Senator Don Gustavson and Assemblyman Brent Jones of Nevada, who have started a committee to raise money and get her into the race for the United States Senate, Angle’s encore run for the prized U.S. Senate seat might be the charm.