Collecting Spiders in the Dark to Make Maps of Megadiversity 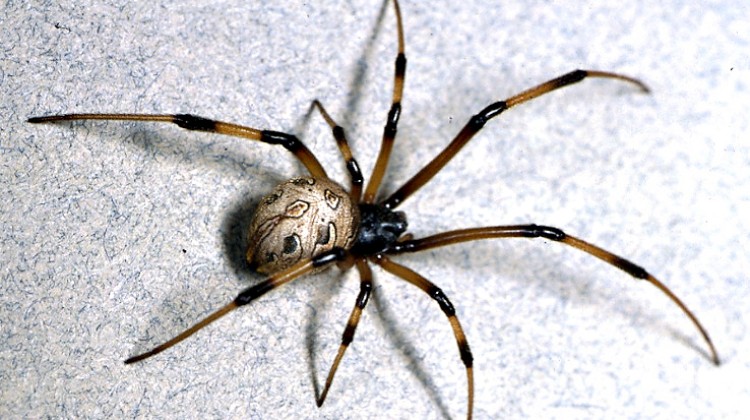 The discovery– announced in the Open Access journal ZooKeys– of five new species of armored spiders of the family Tetrablemmidae in the Karst caves of the Southwest of China has caught a particular strand of imagination for culture and science watchers. The story of discovery of new species gives a spark of hope at a historical moment when international tensions threaten one’s composure. We can only imagine how regular announcement of species extinctions, “extinction indexes,” if covered in daily media, would impact the Dow and NASDAQ. Though there are various entities that document extinctions, we are all a bit happier when we can talk about a biodiversity index, a basic tool of analysis of diversity of life in a given area, or even better, a Planetary Biodiversity Inventory (PBI).

Many may simply be pleased by the images of these semi-transparent, armored spiders who are so elemental as to inspire comparison with known forms: snowmen with eight muffin-legs, creatures from children’s drawings, from antique ceramic pots, or hand-painted battle armor of ancient Greek or Chinese warriors. And for those tempted to check, they bear no resemblance to the articulated armored spiders of the Demon’s Soul game. These look more like primitive pond creatures. Living in the dark, they have only four rather than typical archnids with eight eyes, and their armor is flimsy: insects have an exoskeleton toughened with fibers of chitin and protein. These armored spiders have only weak sclerotization, incomplete hardening of their shells, formed rather by absorbing calcium carbonate from their surrounding environment.

Professor Shuqiang Li and his colleague Yanfeng Tong from the Institute of Zoology at the Chinese Academy of Science in Beijing have spent lots of time with teams of entomologist poking around in the materials on the floor of caves and in other nooks and crannies. These spiders are sometimes found living on epiphytes, plants with an adopted support system, growing on another plant. Everything about the existence of these armored spiders seems fragile and almost unearthly. Degrees of detail of anatomy documented extends to scale of genital parts smaller than .1mm.

Li and his colleagues are collecting spiders, identifying them and inserting them into classification systems not only for their fascination with tiny creatures barely 1mm long. They reveal patterns reveal intricacies of distribution of life on earth, potentially shedding light on thinking about biodiversity hotspots, areas of concentration of life that are worthy of careful management. Most research on hotspots relies primarily on analysis of vertebrate animals and green plants.

At a much higher complexity of organized study, tiny spiders whose families like Tetralemmedae and Oopinidae are “megadiverse” in the variation of their species and “microdistributed” in the specificity of their ranges. Massive coordinated studies of electronically catalogued data on spiders, on the order made possible by an entity like the American Museum of Natural History, can reveal precise, fine-scale information about where the spiders live and the interrelationships between the species groups. There are details of the hand of a masterful designer in these tiny creatures, and traces of information to guide policy-making at the macro-scale.