Activists Find Problems With People Instead of Pit Bulls 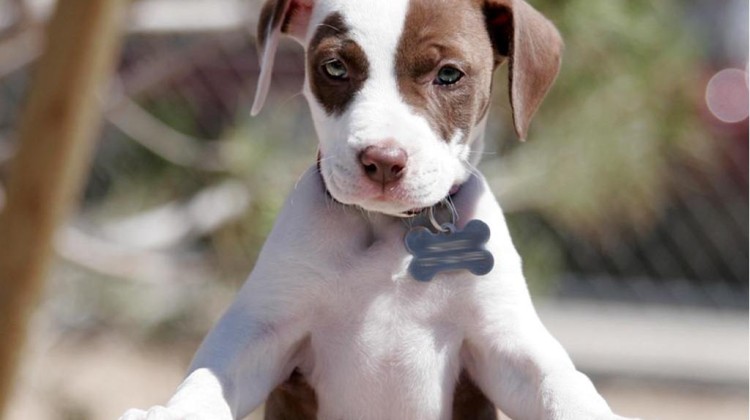 One of the largest causes for animal rights in recent years has been in defending the image, rights, and general safety of the breed commonly known as Pit Bulls. Full name American Pit Bull Terrier, it appears that this breed has the decade’s award for scariest breed, with stories in the media about attacks, huge dogfighting rings, and claims that the breed is “naturally aggressive” and “bred to fight.”

Activists have been fighting an uphill battle against media and local governments to tell both sides of the story, rescind Breed Specific Laws (BSLs), and re-define how the public sees Pit Bulls, but it’s not an easy fight. In 2013 alone, more and more counties in the US added BSL laws, and many mortgage companies are making stipulations in their loan applications about possession of “bully breeds” on properties. On top of all this, there have been reports of media outlets refusing to cover stories about dog attacks unless the dog was a Pit Bull, and a new association of people who adopt Pit Bulls from shelters only to take them to the vet and have them euthanized.

The statistics relating to just how deadly Pit Bulls can be are unfortunately skewed. In 2013 there were 32 cases of dog bites which led to fatalities, 25 of which were said to be “Pit Bull Type” dogs. These numbers would hold Pit Bulls accountable for just over 73 percent of fatal do g bites if it had been proven that all of the dogs which looked like Pits Bulls actually were that breed. Generally there is very little genetic testing on “Pit Bull Type” dogs who are involved in dog bit and BSL cases.

In 2011, a dog named Lennox who was seen to be a “Pit Bull Type” dog caught the world’s attention in Northern Ireland and highlighted the country’s Breed Specific Laws. Lennox was confiscated and removed from his family for appearing to be a “Pit Bull Type” dog. In the eyes of the Belfast City Council, Lennox was observed to have enough of the physical traits to qualify as “having the appearance of a Pit Bull Type dog.” When the family paid to have Lennox breed tested, he was found to be mostly a mix of Labrador Retriever and Staffordshire Terrier. No American Pit Bull Terrier was detected. Lennox was put to death anyway in July 2012 after an 18-month legal battle. Some speculate that Lennox died in custody months prior.

Since the 2012 case of Lennox and many other BSL cases in the US, as well at the Michael Vick Dofighting case, Pit Bull rescues and advocacy groups have been working to overturn this public perception of Pit Bulls being any more dangerous than other breeds. Groups like Bad Rap Bully Breed Rescue (the rescue who took custody of the Vick Dogs) and The Lexus Project, a legal advocacy group for animals, have gone to bat for Pit Bulls in a number of ways, not the least of which has been calling for more balanced coverage of the breed in the media. It’s not surprising, then, that animal advocates were outraged when Time Magazine released a piece on June 20 which came out heavily in favor of the idea that Pit Bulls are inherently violent.

Time Magazine did not take down the article however it did publish a response from Sara Enos, the founder and president of the American Pit Bull Foundation on June 26. While the article doesn’t deny that Pit Bulls are often bred to have fighting abilities, it places the blame squarely on the breeders and owners of the dogs. It also cites genetic testing and the American Temperment Test Society’s findings that Pit Bulls generally have some of the highest ratings on temperament tests. There has been no response so far from Alter, but the battle rages on between Pit Bull advocates and their detractors.

The dispute between Pit Bull lovers and those who would have the breed banned doesn’t show any signs of slowing. The media will continue to focus on do attacks and how much “Pit Bull Type” dogs are involved, and advocates will continue to call for better information and more specific testing in and better statistics on BSL and dog bite cases. There have been cases where Breed Specific Laws have been repealed, and media outlets such as The Huffington Post are publishing articles which bring to light the human aspect of the Pit Bull’s reputation. The factions can continue to argue, but overall, it seems to be cyclical. Celebrity dog psychologist Cesar Milan pointed out the cycle, saying that there is always a breed being labeled as vicious, changing as the decades and the fashion do. In the 1970’s, there were the Dobermans, then the German Shephards in the 1980’s, and the Rottweilers in the 1990’s. There is a constant attempt to shift blame from the people who own the animals to the animals themselves, but the problem is with people and not puppies.