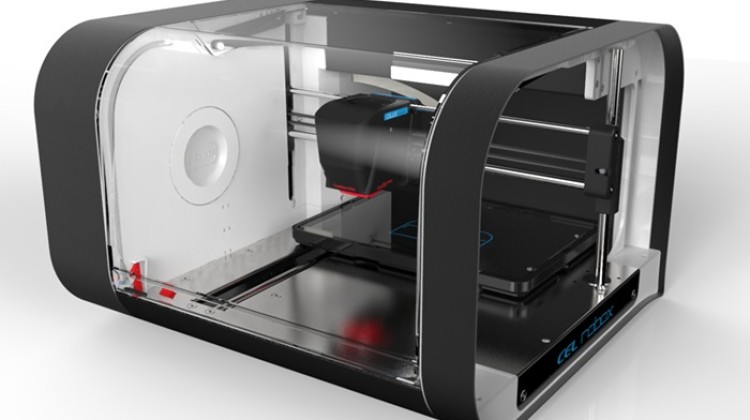 A technology which has been around since 1937 is slowly making its way into the mainstream with an increase in applications being discovered. The 3D printer can be used to make a wide array of products. With the right input of material it is possible to make human organs for transplant! This is a potentially lifesaving and or changing technology that have the potential to revolutionize the healthcare industry as well as lives.

The 3D printer is currently being used by the medical industry, dentists, NASA, manufacturers, architecture, engineering, the airline industry, the automotive industry, and many other fields, including in home use. Like all new inventions or technology it starts out expensive and eventually becomes affordable and mainstreamed. Some are skeptical as they were with the introduction of light bulbs, television, computers, cell phones, etc. The 3D printer and the products used with it would be a great investment stock wise.

Besides being able to make things possibly quicker, or have something at your fingertips when needed. It is improving and giving people a far more optimistic outlook on life when it comes to needing body parts. Rejection has always been a big concern and issue. The 3D printer eliminates this problem utilizing live cells from the donor needing an organ or even a limb. They are not quite there yet. But the possibility is within reach. This breakthrough alone is incredible. It could change so many aspects in the medical field. This technology with the right minds working with it has a tremendous potential to impact human life, the way we live it and the quality of it.

Three D printing and its uses are still in its infancy and will require more research. But the possibilities are seemingly limitless. Body parts fabricated using the 3D printer technology (bio printing) has been successfully implanted in patients and they are reportedly doing very well. Some examples are a skull, eyes, limbs, noses, ears, skin and bone. Printed prosthetic arms are being provided to war amputees in Sudan. This project has been named the “Daniel Project” after a “14 year old boy named Daniel Omar lost both of his hands and part of his arms after a bomb was dropped near his family’s home in Sudan’s Nubba Mountains.” The fact that disabilities can be alleviated and or changed and lives could be saved is reason for great excitement and optimism.

Making or the printing of organs and tissues cost effective is another factor in the feasibility of such an ominous undertaking. It is said that tissue and organ bio printing is still decades and many billions of dollars away. Another uncertainty is sustaining delicate cells during the lengthy building process. The idea of bio printing is fascinating. Perhaps in the near future life as we know it will be much more different than today. There are many hurdles left to conquer before this technology does or does not make its way into the mainstream medical world. For now it is remarkably changing the lives of those needing artificial limbs, noses, ears, prosthetic eyes and bones among a growing list of other things.