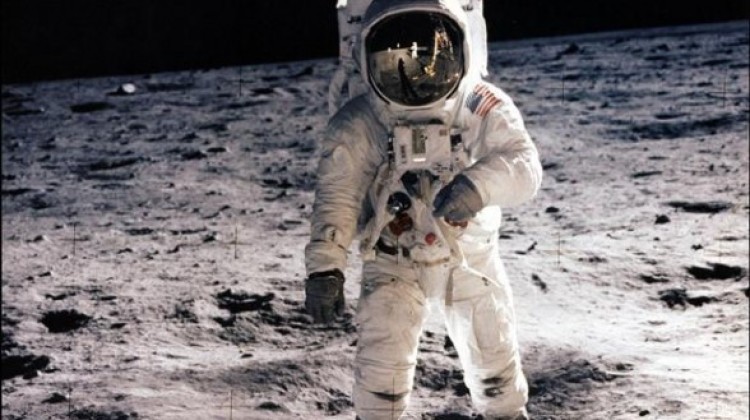 History was made 45 years ago on Sunday. Commander Neil Armstrong, Edwin “Buzz” Aldrin, and Michael Collins, the command module pilot for Apollo 11, made history by walking on the moon, and now years later people remember Apollo 11. They remember the impact that it had, and now Aldrin has launched a social media campaign to commemorate the anniversary of this moment in history.

Apollo 11 launched into space on July 16, 1969. But for Armstrong, Aldrin, and Collins, walking on the moon did not become reality until July 20, 1969, according to CBS News. To mark the anniversary, Aldrin wants people to remember where they were and what they were doing on this day by sharing the memories of their events online. Not everyone was born during this time however, and that is okay. They can still share their videos online too. Videos can be posted via YouTube, Twitter, and Facebook. There are plenty of articles written and documentary videos that discuss Armstrong’s, Collins ‘s, and Aldrin’s experience walking on the moon.

People have already started posting their memories on Twitter by using Apollo45 as their hashtag sign within their tweets. Celebrities such as Tom Hanks, Jared Leto, musician Pharrell Williams, and astrophysicist Neil deGrasse Tyson have all shared their memories of Aldrin, Armstrong, and Collins walking on the moon. Sadly, Armstrong passed in 2012. He was 82.

On Monday, Armstrong will be honored for his efforts by NASA at the Kennedy Space Center in Florida. There will also be a renaming ceremony of the historic Operations and Checkout Building. Aldrin and Collins are scheduled to attend the ceremony. In remembering Armstrong and his efforts, his family asks to remember and “honor his example of modesty and service as well as accomplishment,” according to SFGate.

There are other ways to celebrate this moment besides Tweeting, Facebooking, or posting a YouTube Video. Tuning in to NASA TV either on the computer, TV, or Satellite on Sunday night is a chance to catch a broadcast showing restored footage of Aldrin’s and Armstrong’s footage of their lunar footsteps. This will air at 10:39 p.m. EDT. There is also a five-day festival running through Sunday of Intrepid Sea, Air and Space Museum in New York City. Astronauts will be on hand for the event, including Aldrin. He will be a featured guest speaker on Friday.

Since Collins ‘s, Armstrong’s, and Aldrin’s magnificent feat, 12 men have explored the moon in six landings through 1972, according to ABC News. Walking on the moon probably seemed impossible, but these men made it possible allowing people the opportunity to remember Apollo 11. The world celebrated this accomplishment and in some way inspired people then and continues to inspire people now, especially with the opportunity to share thoughts and memories. It is as if history is being made through the use of social media.

Moments in time like this one, will forever be remembered by using social media. Such a historic moment that these men partook in is now allowing people everywhere to relive, share, like, and be a part of history when Armstrong, Collins, and Aldrin walked on the moon. So, as night falls and the moon shines bright, look up at the sky and remember how history was made when Apollo 11 was launched, and walking on the moon was not just a picture in someone’s mind, but became a reality giving people around the world a chance to remember Apollo 11.