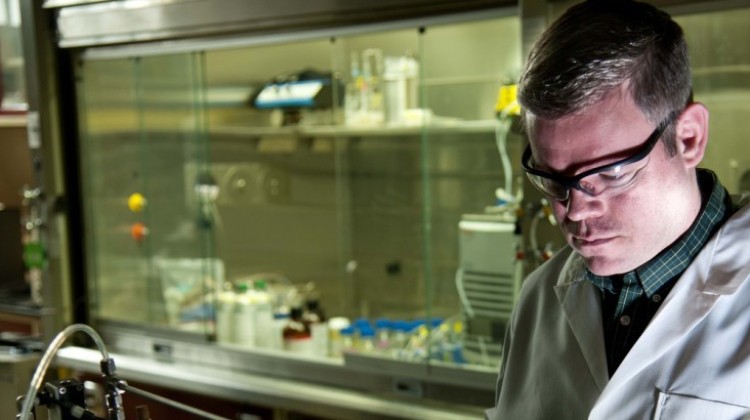 If you are using a touchscreen devices to read this now, you are actually using in the real world today, what was in the past, a possibility in sci-fi movies only. Expect more such items to materialize into our everyday lives soon, thanks to graphene.

With the production of graphene made possible, science is about making some of the most unimaginable gadgets a common experience in our lives in a matter of one decade or less. So you’re wondering what graphene is?

Well, before I tell you what graphene is, and how this awesome material was produced by a scientific method called mechanical exfoliation, I’ll give you a simplified list of some of the most exciting possibilities that graphene brings us.

Graphene, which is a carbon allotrope, one atom thick and two-dimensional, is an ultrathin form of carbon with exceptional electrical, optical, and mechanical properties. The versatility of graphene’s properties makes it suitable for the many possible uses.

Graphene is lighter and stronger than almost any other material, and it conducts electricity and heat more effectively than almost anything, which means that it can be utilized in multiple and diverse applications. Graphene was created artificialy when scientists broke down a sample portion of graphene and took it apart layer after layer until there was just one remaining. The procedure for doing this is referred to as mechanical exfoliation.  Graphene is merely the thickness of one atom, making it thinner than any other material able to maintain stability outside of controlled lab conditions.

After the success with the production of a layer of graphene, which is the first 2-dimensional material, attention has since moved to producing more 2-dimensional materials. Such 2D crystals as Tantalum (IV) sulphide, Niobium Diselenide and Boron Nitride are able to be combined with other similar crystals for innumerable application. In fact, there are possibilities for creating other new materials by layering other compounds with graphene. So graphene can be utilized to create a type of scaffoding on an atomic level which can be used to engineer other materials. Newly created compounds like this could also be superlative materials, just as graphene is, but with potentially even more applications.

Graphene does have some issues to be resolved. The problem here is that high-quality graphene conducts electricity almost too well, and isn’t as controllable. Think of not being able to switch off your lights at home once switched on! So for graphene to be any useful in creating all these awesome devices, scientists will have to find ways of engineering a control system into it. This controls the mobility of electrons to the same point as seen in semiconductors such as films of strained silicone. So, until this control system is set up, graphene can not be or do all the nice things it can be or do for us.

Three other researchers, along with Nuh Gedik and Alex Frenzel, from MIT have been able to find an answer to graphene’s challenge. Now, the electrical conductivity of graphene may be controlled. This is done by using an extremely short, but intense light pulse.

These MIT researchers figured that they can modulate the electrical conductivity of graphene in order to effectively alter graphene’s photoconductive properties from semiconductor-like to metal-like.

A little trouble might be looming in the corner for the solution that the MIT researchers might have found. That is the fact that resent discoveries reported January 2015 show that light, after all, doesn’t always travel at the speed of light. Significant effect of this irregularity can be felt the most on short and intense light pulses. Since the work of Alex Frenzel, Nuh Gedik and their friends depend on short, intense light pulses, this might pose a reason for a rethink.

Whatever the current challenges stopping us from benefiting from the blessedness of graphene and other 2D materials, we are closer than ever to turning improbabilities to realities. We are at the brink of materializing what were at best, only possibilities.